• The family described Kibior as a tough man but very kind and one who always wanted success and unity for the family. 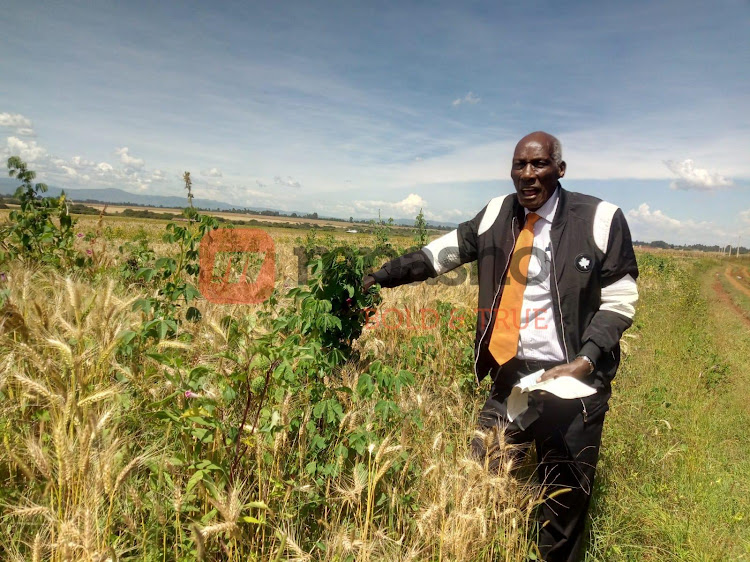 Mzee Jackson Kibor at their home near Eldoret on September 9, 2020.
Image: MATHEWS NDANYI

His family has revealed that Kibor sought salvation and also advised his family to resolve all issues through dialogue.

One of his sons, Phillip, says Kibor well before his death he gave each of his sons 200 acres of land and another 100 acres for each of the daughters.

The family described Kibior as a tough man but very kind and one who always wanted success and unity for the family.

The late Kibor owned more than 4,500 acres of land among other properties mostly in the Rift Valley region.

Jackson Kibor's body has been moved to the Eldoret Hospital morgue ahead of his burial.

His daughter Loyce Kiibor says the family will meet at his Kabenes home near Ziwa in Uasin Gishu to start arrangements for his burial.

"We will shortly meet as a family and issue a statement on the demise of Mzee", said Loyce who once contested for the woman representative seat in Uasin Gishu in 2017.

During an interview with the Star Kibor said showed his wife Esther Kibor's grave and said his wish was to be buried next to her.

"I loved her so much and she was the foundation of my life", said Kibor during the interview.

She was divorced by Mzee Kibor after 52 years of marriage but the old man gave her part of his land at Kipkabus.

"She is old and even though I have divorced her, she will still live at the land belonging to her children", Kibor said.

Josphine once broke down and wailed loudly in court questioning why Kibor was divorcing her.

Kibor had cited cruelty and denial of conjugal rights as part of the reasons for the divorce.

The third wife Naomi was also divorced by Kibor after over 25 years of marriage.

Kibor's fourth wife Yunita had three children with him.

"I married her because I wanted someone to love me and she has done so very well. I love her", said Kibor.

Kibor said he had made arrangements for the life of his younger children including education even after his death.

For the last two years, Kibor has mostly lived at his of his daughter in Eldoret he ailed.

"We thank God for his life and pray that he rests in peace", Loyce said.

“I will only give them wealth as I wish," Mzee Kibor said.
Exclusives
2 months ago