They won't respect my will - Mzee Kibor

• Mzee Jackson Kibor said he has already shared out wealth with his family and put some in trusts on behalf of his younger children still in school. 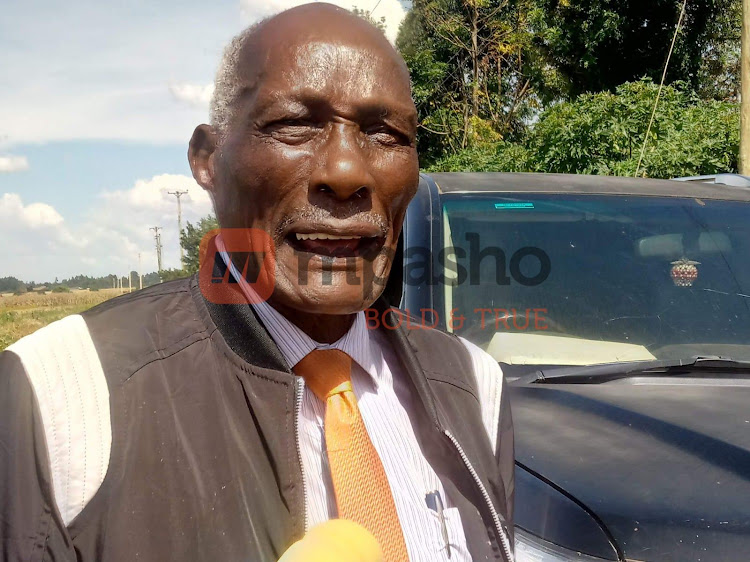 Mzee Jackson Kibor at their home near Eldoret on September 9, 2020.
Image: MATHEWS NDANYI

Mzee Jackson Kibor did not believe is writing a will, but he, however, stated his last wishes in an interview he did two years ago.

He said his family can only benefit from his riches through his own goodwill, not by force. He became so angry with some 'greedy' children that he disowned them, demanding DNA tests to prove if they were his biological offspring.

“I will only give them wealth as I wish," he said.

He sued his sons for illegally taking over more than 700 acres and won the case last year after many years in court.

The sons have appealed the decision but Kibor told the Star at his 2,000-acre Soy farm that he has forgiven all family members for their transgressions.

"Mzee Kibor had been using medical oxygen since October 2020 after he contracted Covid." - Family
Exclusives
6 months ago

He admits he's in his sunset years and says he can't be buried with his wealth. He has been subdividing his land and other property to be bequeathed to his children and end court battles with them.

But the size of their share depends on how loving and respectful they are.

“Those who have mistreated and disrespected me will get less while those who recognise me as their father and owner of the property have to get more. Some will get as little as two acres while others will get as many as 200 acres," he said.

He said they have to accept whatever he gives them because the land and assets are his and the beneficiaries have no other options.

“They should use whatever I have given them to look for their own wealth," he said.

News of Mzee Jackson Kibor hooking up with his fourth wife, who was half his age raised eyebrows.
Exclusives
6 months ago

Kibor said although he has divorced two wives, he had not chased them from their homes and they will benefit from his assets, but through their children.

The octogenarian said he refuses to write a will and will share out his wealth before his death. He's doing so now.

“I had thought of writing a will but after I die no one would respect it and I would be nowhere to supervise. I better finish everything so when God takes me, I will have no case with anyone," Kibor said.

He said he has already shared out wealth with his family and put some in trusts on behalf of his younger children still in school.

His land disputes with his children and a daughter-in-law turned ugly and he once drew a pistol on a son whom he claimed wanted to attack him with a panga in a land quarrel.

“I was so angry and would have shot him if he had attacked me. I just drew the gun to show him that I was ready," the patriarch said.