• Nominated senator Millicent Omanga said that she was impressed by Ng’ang’a’s boldness. 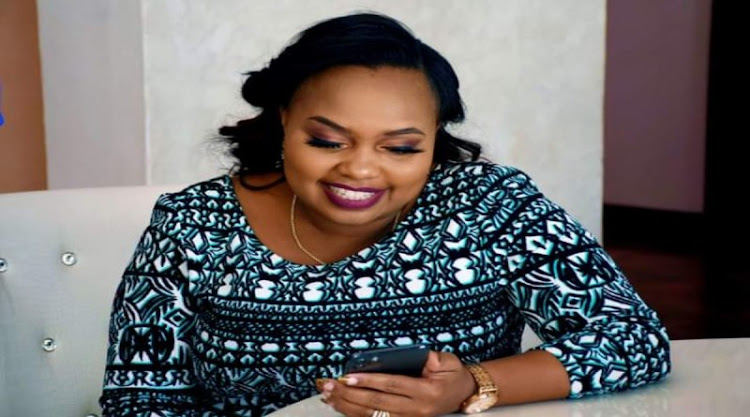 Speaking during a presser, Ng’ang’a accused Mutua of a number of things saying he has refused to move on after their separation.

"...Mr. Mutua is overreacting to our separation. Whilst indicated that I wanted to move on with my life, he thought otherwise."

Taking it to her social media, Nominated senator Millicent Omanga said that she was impressed by Ng’ang’a’s boldness.

"I stand with Lilian Nganga and I'm enthused by her boldness and courage to firmly confront the challenges she is facing. We must end and ruthlessly deal with all forms of Gender-based violence. Ukiachwa, achika! Ama vipi?."

In the statement, Lilian also outlined how her property was allegedly ceased by the governor.

"On 8th September 2021, Mr Mutua accompanied by his police bodyguard, Martin Nzinghi arrived at my apartment parking lot at Kileleshwa, Nairobi, and without my knowledge or consent and using a spare key which he had illegally obtained, drove away from my personal motor vehicle KBY 186G - a car which had been fully registered in my name since 2014.

Mr. Mutua proceeded to fraudulently transfer the ownership of the car in the logbook into his name and thereafter sold the vehicle to a 3rd party.

I filed a case that is pending in court so I will not comment further on it, except to ask the purchaser to be on notice that I maintain my claim to ownership.

I, therefore, call for a criminal investigation into this serious criminal offence.

Along with the same fraudulent conduct, Mr Mutua recently and illegally transferred my shares in the Ndash Enterprises LTD (the hotel company)."

Some of the stunts he admitted to being are the latest confession of pregnancy involving musician Miss P as well as the house in Karen which was used ...
Entertainment
2 months ago