• Mike Sonko claims to be having intel that a senior leader has died. 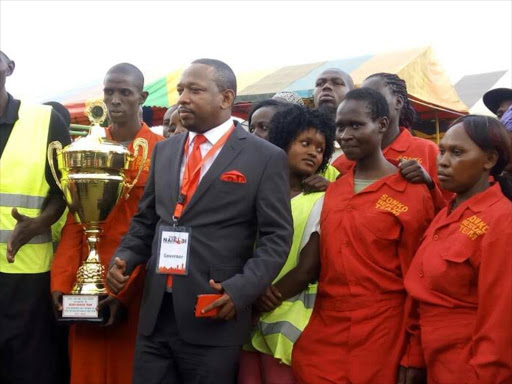 Since his impeachment in 2020, Former Nairobi Governor Mike Sonko has been enjoying solo rides in the city and updating fans on the latest news.

In his latest updates, Mike Sonko claims to be having intel that a senior leader has died.

But Sonko has to verify this information before typing an R.IP on his social media platforms.

For this reason, the former Governor says he has sent the Sonko Rescue team to confirm the information.

To prove it, Sonko does not only want verbal confirmation, but a selfie with the corpse will serve as the best evidence.

"I've just received info that there's a senior female leader who's just passed on in a fatal road accident but before I post the details I have sent my SRT boys maiti department to rush to the mortuary to take selfies with her wanitumie so that I can confirm the correct details," Sonko wrote in a tweet.

The Governor seems to have become keen on verifying reports after sharing fake claims that former Attorney General Charles Njonjo is dead.

Sonko later pulled down the post and apologized to Njonjo's family.

That day Olumi was at his house at about 1:30 pm when his son Nono who has not been on good terms with him arrived he was armed with a panga and ...
Crime
3 months ago