Will government shut down the internet during polls? CS responds

Piece by: KNA by Mwangi Gaitha 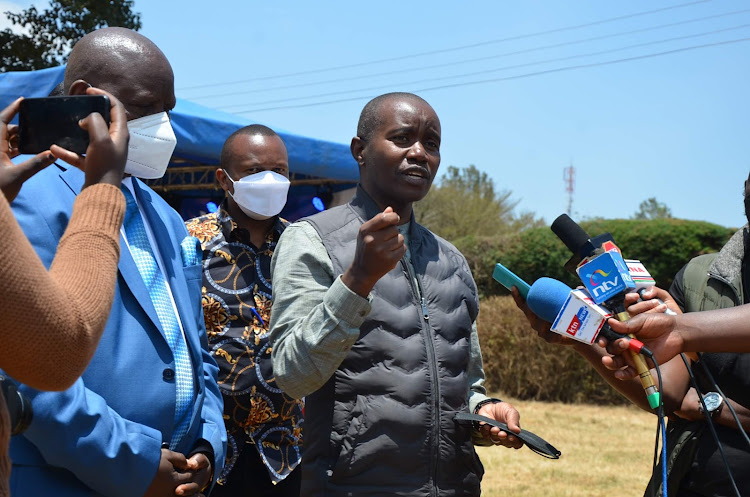 Information, Communication and Technology Cabinet Secretary (CS) Joe Mucheru has assured that the government does not intend to gag citizens by way of shutting down the internet as the General Election approaches.

Mr  Mucheru cited some countries in Africa and other parts of the World that have completely blocked internet access during the electioneering period adding that Kenya was not keen to take that route.

The CS, however, warned that the government will remain vigilant to ensure lawbreakers airing unauthorized content met the full force of the law.

He was speaking to the press Friday at Wambugu farm in Nyeri County where he officiated the launch of Spectrum Monitoring and Management System (SMMS).

The CS said that the system which made a total of 11 similar ones so far launched around the country will go a long way in enhancing the management of spectrum resources in the country.

Mucheru disclosed that prior to the setting up of these systems, there had been a huge monitoring challenge where even unlicensed operators have found a free way to occupy national broadcasting space.

The CS at the same time said that Kenyans living along the country's territorial borders have had limited opportunity to access local channels due to intermittent overlaps by those of respective neighbouring countries, a challenge that will now be addressed.

The new System launched through the Communications Authority of Kenya (CAK) is aimed at managing and monitoring frequencies within the Central, Eastern and Northern Kenya regions.

SMMS is expected to greatly enhance service delivery by reducing the time taken to process radio spectrum licenses as well as that of resolving radio interference complaints.

The launch of the Nyeri SMMS is a culmination of a process that begun in May 2019 when a Kenyan firm, Broadband Communication Network Limited, in conjunction with Rohde and Schwarz Company from Germany, was awarded an Sh.500million contract to upgrade the old system that has been in place for the last 5 years.

The new system becomes the fourth since the regulator was established in 1999.

CS Mucheru lauded the milestone, saying that the radio spectrum is a scarce natural resource that must be managed prudently for the benefit of Kenyans.

“The rising demand for spectrum constantly calls for the need to manage the scarce resource through efficient planning, licensing and monitoring,” Mucheru said.

Mucheru noted that the new system will complement other initiatives in place that will spur the growth of ICT through an enabling regulatory environment adding that ICT is recognised globally as a key driver of the United Nations’ Sustainable Development Goals (SDGs).

He added that these technologies now enhance access to information and provide business continuity solutions to governments, businesses and citizens.

In the afternoon, the student had only collected Ksh 500 from passersby.
Politics
1 month ago