• The MP confronted her, and before Wa Muchomba could explain herself, a gun was pointed at her head. 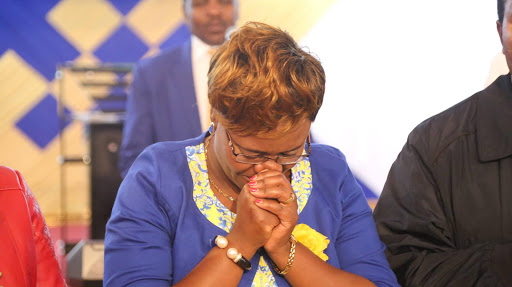 Kiambu Woman Representative, Gathoni Wa Muchomba has shared her most fearful moment as a Radio Presenter.

Wa Muchomba, who was a vernacular presenter at Kameme FM before joining politics was confronted in studio by a Member of Parliament.

Speaking in an online interview, Gathoni Wa Muchomba narrated the events of the fateful day.

At the time, she was a Radio presenter at Inooro, a station owned by Royal Media Services.

There was an MP who had been involved in an exchange of words with former Cabinet Minister Chris Murungaru.

The MP had called out the minister, saying he has nothing other than a University degree.

In her Radio show, Wa Muchomba discussed the altercation.

"All I asked was, how could the MP, a primary school dropout, even compare himself with a highly-educated Murungaru," she recalled.

The following day, the MP showed up at Royal Media Services offices in Kilimani, demanding an audience.

The group's CEO, SK Macharia asked the watchman to let the MP in, and directing him to the studio where Wa Muchomba was.

"He (SK Macharia) told me to ensure that I was with someone in studio incase anything happened," Wa Muchomba said.

There, the MP who was accompanied by his guards confronted her, and before Wa Muchomba could explain herself, a gun was pointed at her head.

Gathoni Wa Muchomba kept her mouth shut as she realized she could endanger her life.

She says that the experience taught her to always have second thoughts before uttering anything.

'My father rejected me saying my skin resembled that of a pig,' - Isaac Mwaura

"People even said my mum had been unfaithful and had a relationship with an Indian guy, so it was assumed the guy fathered me." - Isaac Mwaura
Politics
4 weeks ago