'My father rejected me saying my skin resembled that of a pig,' - Isaac Mwaura

"People even said my mum had been faithful and had a relationship with an Indian guy, so it was assumed the guy fathered me." - Isaac Mwaura 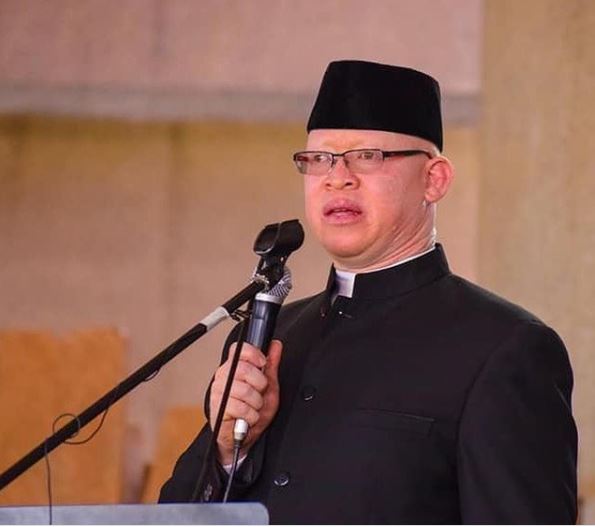 Nominated senator Isaac Mwaura has shared the struggles he grew up with after being born with albinism.

People would call him names while others stared.

But the worst thing was when his dad rejected him saying he couldn't accept a child whose skin resembled that of a pig.

Speaking during an interview with 'Metha Ya Kagoni' the father of three shared, "My mum was in a relationship with my dad but they were not married. When I was born and my dad saw me in the hospital he said he cannot have a child who looked like a pig.

People even said my mum had been unfaithful and had a relationship with an Indian,  so it was assumed the guy fathered me. At the time my mum used to work for her uncle before she landed a job at a chalk company run by a muhindi.

I was brought up by my mum and my grandparents."

'I have been to Sabina Joy many times,' -Jalango

"Its always locked until you get the key from the reception. Getting the key means money." - Jalango
Lifestyle
1 month ago

Mwaura added, "People did not come to see me because I was born but because was an albino. People never thought I would grow up.

God gives kids grace, they are oblivious of such happenings. My family also loved me very much and that gave me strength."

Mwaura says growing up without a dad was not easy as he lacked a male figure to look up to.

"I thought I would grow up and become a woman because I never grew up with my dad around. I was surrounded by women. Plus my mum over pampered me and it was not a very good thing.

I was also a bright kid so I was told to read while my brother and cousin did the other chores. "

Listen to the entire interview below.