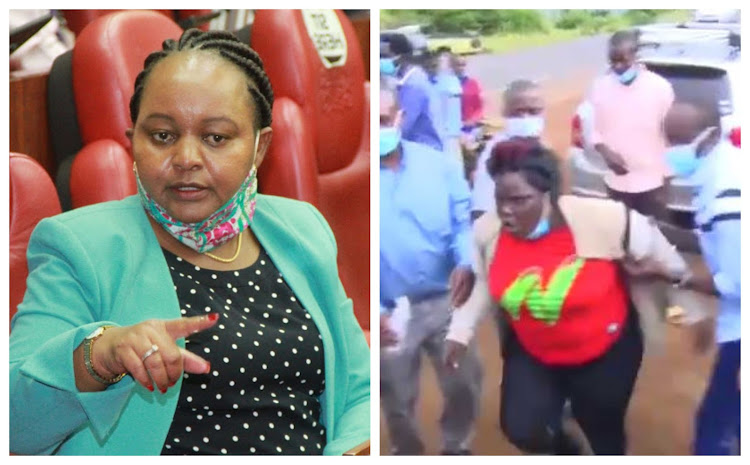 There was a scuffle in Kirinyaga County on Thursday after an angry woman confronted Governor Anne Waiguru amid heavy security.

The agitated woman, dressed in a red T-shirt, black trousers,s, and a white sweater picked a fight with the county boss during one of her tours.

After being blocked by Waiguru's security, she yelled;

"Why is he pushing me away, he thinks I want money from the governor. I know how to look for my money. I am okey. Some of these bodyguards do not have Kirinyaga votes...."

"Nipige!" the woman dared Waiguru's security men who were holding her from reaching their boss, trying to wrestle them.

At the heat of the moment, Governor Waiguru took shelter in her vehicle, leaving the bodyguards to deal with the troublemaker.

The security hitch comes just days after another breach on president Uhuru's security in Kisumu.

Amid Madaraka Day Celebrations, a man jumped from the crowd, ran towards the podium but was blocked by security officers.