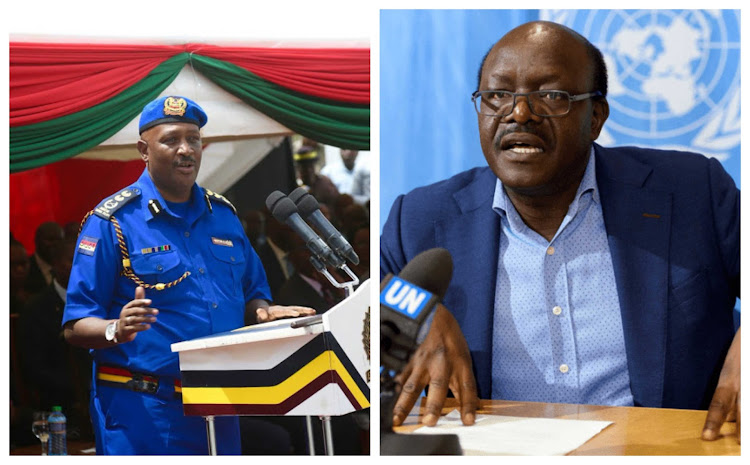 The Inspector-General of Police Hillary Mutyambai has ordered a probe into the case where Mukhisa Kituyi is accused of assaulting a woman.

Mutyambai directed Regional Police Commander in the Coast to open an inquiry into Mukhisa Kituyi's case and forward the matter to the DPP.

The DPP is then required to peruse the case and advice on the necessary step.

Mukhisa Kituyi, who is a presidential aspirant in 2022 is said to have assaulted his lover at a hotel in Nyali, Mombasa.

The victim, Diana Opemi Lutta recorded a statement at Nyali police station, claiming that Mukhisa assaulted her after she refused his sexual advances.

According to Diana's statement, Mukhisa pushed her from the bed, and kicked her continuously while she laid on the floor.

However, the former United Nations Conference on Trade and Development(UNCTAD) Secretary-General denied the claims.

Speaking to People Daily Newspaper, Mukhisa said he was aware that a case had been filled against him but the case has since been withdrawn after negotiations with the complainant.

Amira Jamal said, "Sadly, some allegations have been made that sort of involving my children, that's where I draw the line and will seek legal ...
Exclusives
3 months ago