Kamene cried for two days before praying about it.

• "I was crying because of the time I had wasted. I cut my career shot for 3 and a half years. Do you know how many things I could have done?" - Kamene Goro 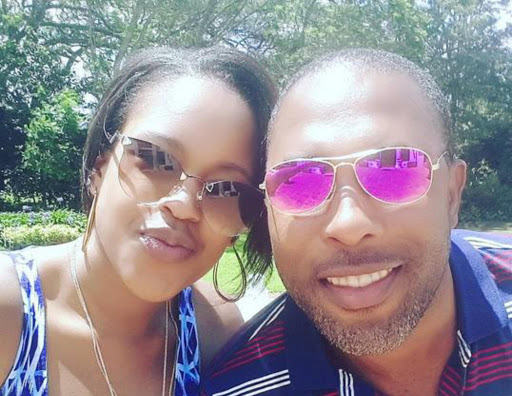 Kiss FM presenter Kamene Goro says giving up her career to go and get married was a mistake she won't be making any time soon.

Sharing her sentiments with co-host Oga Obinna during the Morning Kiss, the bubbly presenter narrated;

" I have been through one/two heartbreaks. I cried for two days before I prayed about it. God helped me through it. I wouldn't be here if it was not for him."

Kamene says she feels like she could have achieved so much had she not given up her career to settle in the marriage.

"I was crying because of the time I had wasted. I cut my career shot for 3 and a half years. Do you know how many things I could have done?" she posed.

Kamene had opened up about how toxic her past marriage was.

She says the interference of her mother-in-law made things worse for her adding that her ex-husband was a serial cheater.

Kamene has in the past revealed that she found out her ex-husband was cheating on her after 2 weeks of living together.

'Stop being bitter!' Kamene tells off netizens trolling Nicah the Queen over her breakup

This is the second relationship Nicah had made public after her break up with Dr Ofweneke.
Entertainment
5 months ago

The craziest things Kamene has done for love

"There was an ex of mine who I furnished their house." - Kamene Goro
Entertainment
5 months ago

This she revealed during the Morning Kiss after Jalango advised women to walk away when they find their men cheating.

"If I left my ex-husband the first time I knew he cheated that would have been two weeks after I started living in with him.

If I was also to leave another relationship I was in because he was cheating, I would have left two days after we started dating."

Opening up on how life was being a housewife Kamene shared

I would pick out the clothes he would wear and iron them, after that, I would run the shower so that the water gets hot.

I would set his skincare products in one place, as he had a skincare routine. I would make the bed and set out his clothes on the bed. After that, I would go to the kitchen and give orders on what was to be prepared for breakfast."

Kamene says her ex-husband hated waking up to a dirty house so she had to make sure the house helps had cleaned the house before her man woke up.

"After breakfast, she would prepare him a snack to carry to work."

At the time she quit her career Kamene was a TV presenter on Ebru TV.

She currently hosts the Morning Kiss alongside Oga Obinna on Kiss FM.

'I paid Ksh 5k deposit for my Benz,' - Kamene Goro

Kamene narrated, "Interesting story, I paid a deposit of 5K. At the time, I did not have cash - I was driving a Kiss FM car - so when we found the ...
Entertainment
5 months ago

'I loved the way you were holding me...' Kamene and Obinna address dating rumours

Obinna got an idea on dating Kamene.
Entertainment
5 months ago
WATCH: For the latest videos on entertainment stories