• "One of the people was saying that they should stab and kill me so that I don't expose them. Another thug said they shouldn't kill me but rather they should just dump me somewhere." - Njoroge 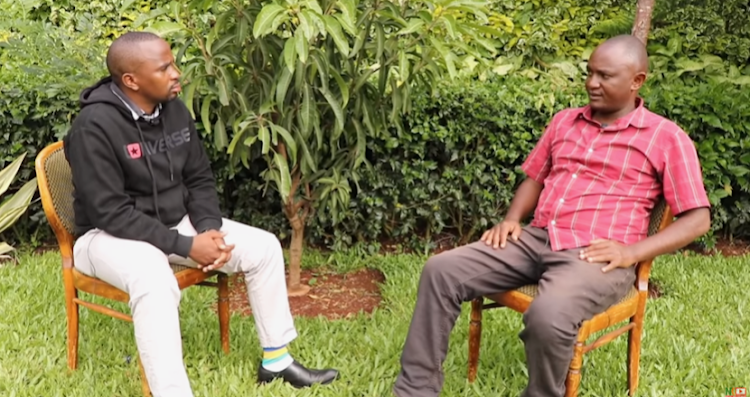 A Kenyan man has narrated how he got drugged by a damsel and left for dead but not before the lady escaped with his car.

Sharing his experience during an interview with Ngugi Wa Karanja, Njoroge a Taxi driver narrated;

"I had been a taxi driver for around 15 years, I worked, saved, and bought my own car which I used for 7 months before it got stolen.

Once a lady asked for my services to take her from Murang'a to Kiharu, I did and she paid the fee which was 150.

She asked for my number as she wanted to go to Nairobi the next day. I asked for her number so that I could save it but she declined.

The next day around 9:00 am, she told me to pick her outside Murang'a general hospital. She told me she was a nurse in Murang'a but she wanted me to take her to Kitengela so that she could go and pick up her son.

We agreed on the charges, she even paid me extra so that I could wait for her, that is why I say when the deal is too good, think twice.

She kept telling me how she had a bad hangover as she had been partying the previous night."

'He had a corpse which used to produce money,' Pangani househelp exposes employer

'He had a corpse which used to produce money,' Pangani househelp exposes employer
Lifestyle
1 year ago

"On the day we were traveling, she was on the phone the entire time but when I asked her about it she said she was saying bye to her friends.

When we got to the by-pass she asked me to go and have lunch with her but I declined. She went out bought meat, some guarana and some water, she then started eating while I waited for her.

I told her I do not take alcohol so I took the water before we left. After a kilometre I started getting drowsy, before I could question what she had put in the water another car blocked us.

Three men came out and the lady took the keys to my car."

Njoroge says after the lady left the men who then threatened him and drugged him.

"Before I could grasp what was going on I had been slapped so hard nikaona mashilingi. After that she took my car and left with it. The men put me in their car and told me to take some drugs they had or I would be killed.

I decided to take the pills as they had guns. One of the people was saying they should stab and kill me so that I do not expose them. Another thug said they should not kill me but rather they should just dump me somewhere.

They beat me up so badly so that they could see whether I was unconscious, to date I still get numb. They then went and dumped me at Mtito wa Ndei.

The following day a lorry got spoiled near where I had been dumped, they are the ones who called the police who in turn took me to the hospital."

In an interview for the January 2022 issue of Rolling Stone, Doja Cat - also known as Amala Dlamini discussed her music with Dr. Luke and revealed ...
Entertainment
1 month ago

"I was unconscious for 3 days. We looked for the car in vain as it did not have a tracker. We even visited Safaricom to try and find the people through the mobile number she called me but with no success.

I have never met that lady again after that incident. It pains me because I had been given a loan to buy the car.

So I pay the car but it got lost, the insurance company refused to pay me. It had reached a point I almost committed suicide because the bank people would come to my home. I had a child who was joining school and I had no means to educate her."

Yesterday, Felix Orinda, popularly known as DJ Evolve, withdrew the case against Embakasi East MP Babu Owino in which the legislator was accused of
Exclusives
1 month ago