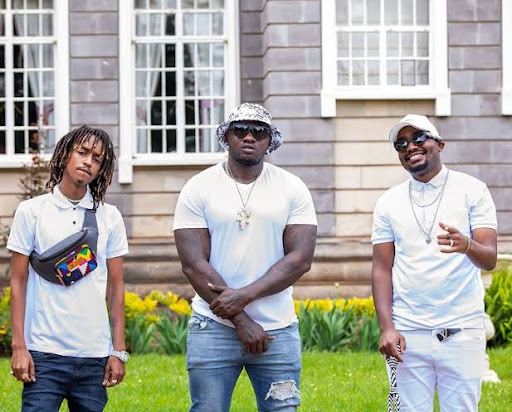 You have all heard that song, Ndovu Kuu by Khaligrah Jones, Krispah and Boutrous, extolling the vices of university life.

Watch the music video below.

We shall not sue Dexta - Ndovu Kuu's lawyer

Well, a study has come out to actually support that song.

Unintended pregnancies, abortion and abuse of alcohol and marijuana are rampant among university students, according to the findings of a new study.

The study, titled ‘Assessment of Sexual, Reproductive and Mental Health Services and Practices among University Students', was conducted by the University of Nairobi, and it sought to establish issues affecting the learners.

Some 857 students at UoN were sampled.

The findings reveal that 590 of the respondents (68.9 per cent) were sexually active.

Sixty-five female students reported ever having been pregnant while on campus, out of which 36.9 per cent reported having opted for abortion.

The study – yet to be published in a scientific journal — was conducted in partnership with I Choose Life.

Although most of the students were sexually active, the study found that almost half of the respondents – 46 per cent – had not tested for HIV in the previous six months at the time of the study.

A neighbour, Reuben Rendile said that they later heard screams and on rushing to the scene he found the deceased lifeless body lying on the ground.
Crime
2 weeks ago

Prof Walter Jaoko on Wednesday said that the level of unintended pregnancies among the students failed to match what would be expected in an educated population. He is the lead author of the study and is the director of Kenya AIDS Vaccine Initiative (KAVI).

“The numbers mirror a population that knows nothing about contraceptives, so it points to two possibilities – either they know but they don’t use it or they don’t know it,” Jaoko said.

“So that told us that the use of contraception and family planning methods are not really applied, because the proportion of pregnancies that were unintended were very high,” Jaoko said.

The study comes to light at a time UoN and Mount Kenya University have launched a programme to sensitise students on sex and reproductive health education.

He assembled the firearm and made a call to the girlfriend who is a fourth-year student at Mt. Kenya University, inquiring on her whereabouts.
Crime
1 month ago

DCI detectives unearthed his criminal past. Makhokha is the main suspect in a triple homicide involving his brother, his brother’s wife and their ...
Crime
2 months ago

The programme is implemented in partnership with the United Nations Educational, Scientific and Cultural Organization and the Swedish International Development Agency (SIDA) and the Swiss SDC.

In the initial rollout, it targets to reach 100,000 students at the two institutions.

Unesco regional director Prof Hubert Gijzen said at the University of Nairobi, the programme will target students in all the 10 campuses. At MKU, the project will only be implemented at the main campus in Thika.

“The programme is a major milestone in addressing a range of health and wellbeing issues young people are faced with, including early and unintended pregnancy, GBV, HIV, other sexually transmitted infections, mental health and access to accurate information on sexual and reproductive health and services for young people in higher and tertiary institutions,” he said.

It will also seek to improve the state of health facilities within the university.

Makokha took to his Facebook and wrote, "People really have good things to talk about you, but you have to die first!"
Crime
2 months ago