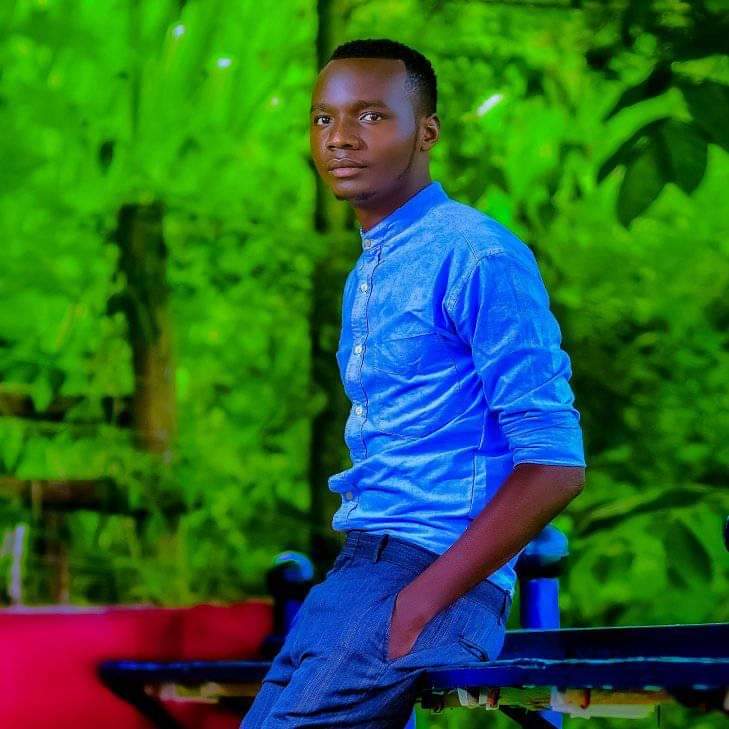 Mount Kenya University student Innocent Kalio Makokha was arrested on July 27 at 2 am in Chokaa area within Kayole for the murder of Christine Ambani.

The 23-year-old third-year student was found murdered on July 13, 2021, with her neck bearing deep stab wounds.

Makokha was reportedly the last person to be seen with Christine.

However, to throw suspicion off himself, he posted a long social media post denying he had anything to do with her disappearance.

Makokha also posted screenshots of the last time they communicated as well. This was posted days after Christine's lifeless body had been discovered.

He wrote, "Rency must have been your fav nickname CHRISTINE AMBANI. Last time we talked via WhatsApp was 11th Sunday this moon.

On 12th Monday, I got a text from her informing me she was not well, at around 0325hrs in the morning. I would later call her at around 2000hrs the same day after nimeingia WhatsApp and she assured me she had seaked (sic) some medication.

She assured me she was fine. This was nearly 3hrs after I got a text from her number directing me to call her roommate (number provided) and inform her she was at my place.

Both brothers were murdered in unclear circumstances and Wycliffe was the key witness in Kevin's murder in August last year.
Crime
1 year ago

I sensed something unreal and called her, she ignored my calls. I called the number she send but it was constantly busy, (on another call). By that time) was with my college mate Ivan Odhiambo at Thika Bufallo Grill.

I never bothered much coz we were also having some heppy. At around 1940hrs while at my place. I got a text from her requesting 1000 loan to be refunded.

I had to call and confirm if she was truly the one and she picked, though she was freaky. Anyway, we talked for like 10min and assured me she might be at her place in less than 30min, the reason being jam.

From 2049hrs, she ignored my calls until 2200+hrs when she was off and blocked me. Later on, on Wednesday 14 this moon, I reached her roommate na kumuuliza why she was off, the reply was traumatising. Rest easy my fav."

His timeline contradicts the detective's timeline and evidence. Days after posting, Makhoha deleted the post. This is after people called him out on the inconsistencies.

On the fateful day of her murder, Christine had left the Mwihoko based University in the morning, to meet Makokha in Githurai town, 15 kilometres away.

Check out the screenshot. 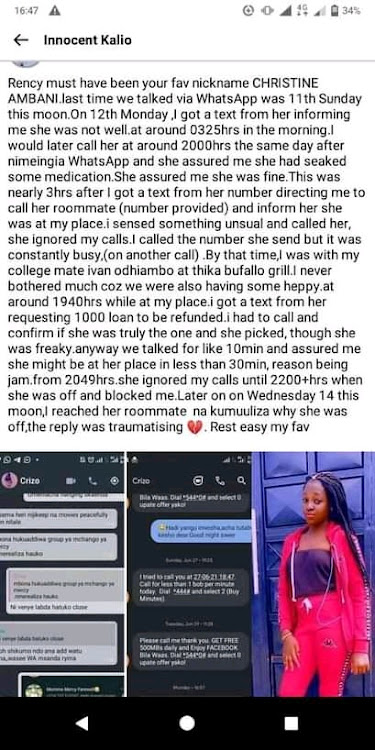 DCI detectives unearthed his criminal past. Makhokha is the main suspect in a triple homicide involving his brother, his brother’s wife and their one-year-old baby.

Makokha set their house ablaze while they were inside. The matter was investigated by Mumias based detectives under reference number DCI/CR/NO925/36/2021 and the case file was forwarded to the DPP for further action. The DPP advised that a public inquest into the matter be conducted.

Even before the inquest was conducted and his kin buried, Makokha attacked the grieving family by disrupting the burial planning meetings that were ongoing and destroyed the family’s property. He was arrested, charged and remanded at Kakamega G.K Prison. However, the case was withdrawn under unclear circumstances and the suspect was set free.

Makhoha is expected in court today to face murder charges.

Makokha took to his Facebook and wrote, "People really have good things to talk about you, but you have to die first!"
Crime
1 year ago