The Mugiithi singer said that she even gained weight

• Kareh said she slid into depression after her sister died.

• This led to adding so much weight. 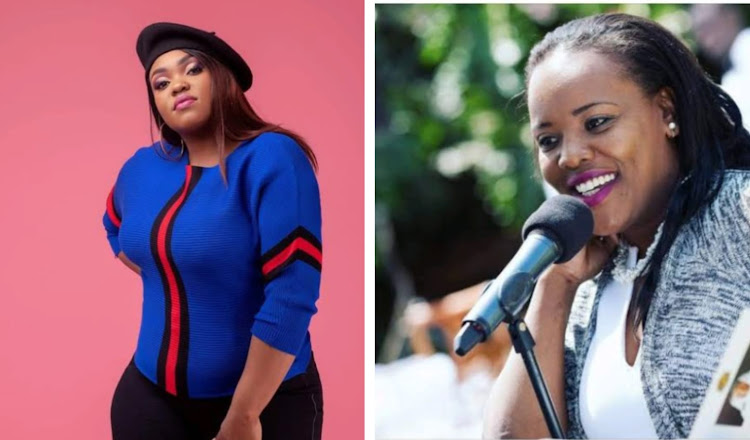 Kareh B with her late sister Mukami
Image: COURTESY

Mugiithi singer Kareh B has talked about the impact the death of her sister former NTV news anchor Winnie Mukami had on her life.

Speaking to Mpasho's writer, Elizabeth Ngigi, Kareh said she slid into depression. Being in the limelight, Kareh has also experienced the wrath of social media.

She said when her sister died, she slowly slid into a depression that made her add so much weight. She is still managing her weight to date.

"I would get comments such as, 'You look like a hippo on the loose' and many others that I can't even pronounce," she said.

"Unfortunately, in the 21st century, we are still dealing with this ignorance. I think cyberbullies are just primitive."

Speaking about her parents supporting her career, Kareh said her dad was very traditional in terms of careers.

"He wanted us to be doctors, lawyers, and so on," she said.

Born and raised in Murang'a county, Kareh B said the biggest support system in her career is her mum, whom she says is her prayer warrior.

"My mum, on the other hand, is very open-minded. She says as long as you earn your shilling legitimately, she has no problem."

She said she found out she could produce musical sounds when she joined the school choir in primary school. Years later, she has becomes a household name with great hit songs.

Mugiithi superstar Mary Wangari, popularly known as Kareh B has described her brand name as 'sassy'.
Exclusives
3 weeks ago