The musician is among top female Mugiithi artistes

• Kareh B has described her brand name as 'sassy'.

• areh explained how she came up with it, Kareh B. 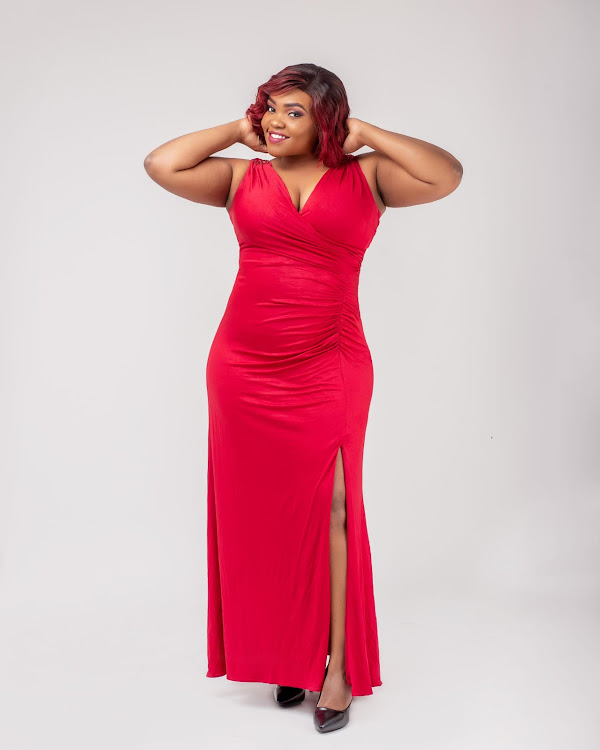 Mugiithi superstar Mary Wangari, popularly known as Kareh B has described her brand name as 'sassy'.

Speaking in an exclusive interview with Mpasho's writer, Elizabeth Ngigi, Kareh explained how she came up with the name Kareh B.

She said when her song with Jose Gatutura started hitting the airwaves, she was advised to have a stage name.

"I didn't know where to start. So one day when we were on our way to Kirinyaga for a show, it came to me and I shortened my name Wangari to Kareh," she said, adding that she felt it was incomplete.

"Then I just dropped the B to it. B stands for anything beautiful that starts with the letter B. My father's English name was Benson. So, yeah, Kareh B. And I love my brand name."

Kareh has been in the industry for a while but the spotlight first hit her in 2018 with their popular song, 'Tuirio Twega'(Good Food).

"When I joined the entertainment industry as a professional, we were so westernised. The only locals that had airplay were Nameless, Jua Cali, Nonini, and the like, who were amazing," she recounted.

"Everything about a woman is beautiful, but half the time that beauty is translated as sexual."

She says some clients take it too far by even making sexual advances for job guarantees.

"If a lady is weak she will fall for it. But trust me, most of them end up regretting coz the job never comes," she said.

She said sometimes, female artistes are underestimated and, hence, get lower pay than their male colleagues.

Some of her songs include; 'Tuirio Twega' (Good Food), 'Haha ni Gute' (This is Vanity) and 'Mwari Wa Muthamaki' (Princess).

Samidoh took the stage and wowed the crowd. His right leg was in a cast and was resting on his guitar case as he strummed away on his guitar.
Lifestyle
1 year ago