He wishes he traveled and experimented more

• Sam West says he hopes he found his purpose in life earlier. 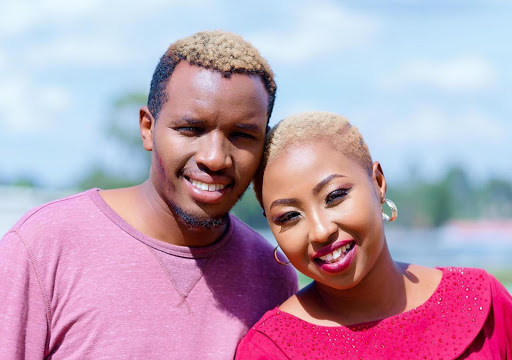 Sam West and Vivian during happier times The two broke up and are taking jabs at each other.

We all have at some point wished twe could change some things about our past.

I would ask my younger self not to be so hard on herself,  to save more and to travel more.

Motivational speaker Sam West has shared a letter to his younger self and we must admit most of us relate with him.

"I would tell the 13-year-old Sam to try a lot, experiment, and travel the world.

I wish I knew God better at a young age. There are mistakes I did that I wouldn't have done if I had a relationship with God.

I wish I found my life purpose early. I knew I was supposed to influence but I did not pursue it.

Be strong, be courageous, be bold and say no to fear."

In a past podcast, 'A Letter to My Younger Self ' with Maxine Wabosha, Vivo Activewear CEO Wandia Gichuru opened up about her teens and 20s.

Wandia opened up about pursuing a degree that was not aligned with her passion. In the letter to her 20-year-old self, Wandia said she studied for the same degree as her dad.

Getting the degree was not enough for her to settle in on the career that came with it, Wandia described that season of her life as one that was littered with "job confusion".

It did not help that the situation was been more tumultuous when she had an affair with her boss as well.

What threw her off her mojo, even more, was when her parents separated then she got into a violent relationship where she wound up pregnant.

Because she did not see a future with the man in question, she opted to get a divorce.

This experience left her with a deep emotional pain that she unpacked in the podcast with Wabosha.

If you were to write a letter to your younger self,what would you tell him/her?

Sam West says some young girls fall for wababa trying to find a man with the same characteristics as their dad.
Entertainment
3 months ago

Vivian and Sam West got married in a colourful traditional wedding in March 2018.
Entertainment
5 months ago

The late dad vied for a political seat in 2017
Exclusives
9 months ago
WATCH: For the latest videos on entertainment stories