• The couple named their son Utheri meaning light as they do not want any dark cloud or force to surround him.

Juliani steps out with his son with Lillian for the first time
Image: Instagram

It's been months since Juliani and Lillian Ng'ang'a welcomed their first child with the couple never never showing their son's face to the public.

In an exclusive interview with Mpasho, Juliani explained the reason why keeping his family private was a big thing for him.

"This is a gift I am giving myself and no one can take it away from him. Fatherhood is amazing and I thank God for the gift. Everything is perfect. 15 years ago, life was hard but now I am happy."

"Fatherhood has been great I thank God for making me a dad for the second time."

Juliani has a daughter with award-winning actress Brenda wairimu. In a recent interview, Juliani's wife Lillian Ng'ang'a praised Juliani for being a supportive and present dad. 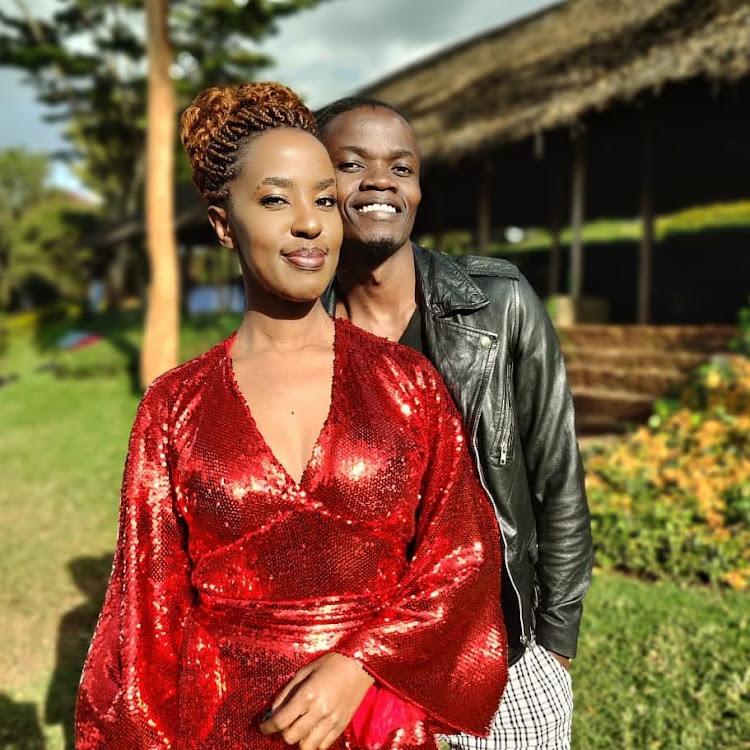 Lillian Ng'ang'a with Juliani Juliani has explained his interesting reason for keeping his son away from the limelight
Image: Instagram

She also said she is ready to defend her son adding that trolls should find a different way to keep themselves busy.

"I don't get bothered by trolls, but now that I have a child, people should not attack my child in any way," she said.

"You can attack me, you can attack the father, but my child has nothing to do with the emptiness in people's lives that they want to direct their anger, bitterness or maybe questions they have about my life and my decisions [to]."

The mother of one also hit back at critics bashing her for deciding to settle with Juliani rather than with Mutua.

"Juliani has done so much before I met him, so why would you disregard the things he has done for more than 15 years to only one year after he met me?" she said.

"That shows how shallow-minded people are. It is unfortunate that my choice has made people want to focus on petty issues."

The one line you cannot cross with Lillian Ng'ang'a

Former Machakos first Lady Lillian Ng'ang'a has refuted claims of being a trophy girlfriend to former governor Alfred Mutua.
Politics
2 months ago
WATCH: For the latest videos on entertainment stories

The discovery that changed Lillian Ng'ang'a's life 4 years ago