'There are days we would sleep hungry!' H_art The Band on 10th year anniversary

Hart The Band opens up about 10 year relationship

• The band are proud of landing ambassadorial deals.

• They have recalled the struggles they endured before making it. 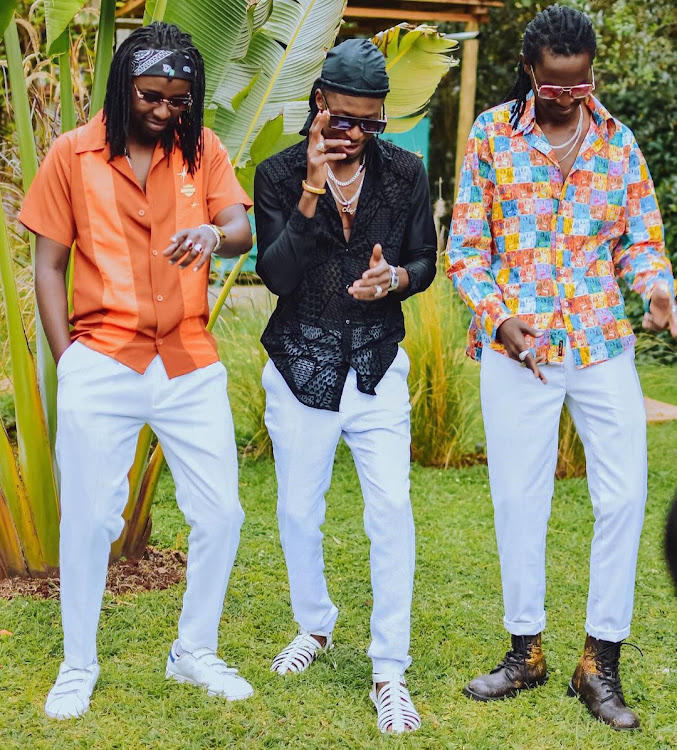 H_art The Band The popular band spoke to Mpasho in a recent interview
Image: Instagram

H_art the Band, who are the popular 'My Jaber' singers' are marking their ten year anniversary as musicians.

The group is composed of Mordecai Mwinyi who is the lead singer, Wachira Gatama who is the poet and Kenneth Muya, the guitarist.

In  recent interview with Mpasho, Band member Mordecai said that he wa excited at how far they had come.

"I'm celebrating greatness. we met each other as great minds and at the time we probably didn't know this about ourselves but along the way we have come to shape each other musically , We have held each others hands, we have also gone through tough times."

"We quarrel, we forgive each other, we are better together. Tumekuwa true so that's part of the journey I give thanks for."

Ken told Kalondu Musyimi that money has been good for them, "Sasa personally I don't like talking about cash there's more to us than cash, there's so much more. Vijana wa ghetto wako sawa, tuko sambamba."

The boy band laughed about finally making money because of their grass to grace story. They added that, "We are laughing because when we remember where we came from...There were days we would sleep hungry, Bwana asifiwe, ni mungu tuu. To be honest it's God," insisted Kenc.

Their ten year journey is one they want to share with fans as they put it to Mpasho, "The power of words coz every time we have been wishing and envisioning where we want to go as a band and so the prayers we have prayed and manifesting our dreams have come true. Belief and consistency just practice that over and over again. Never give up." 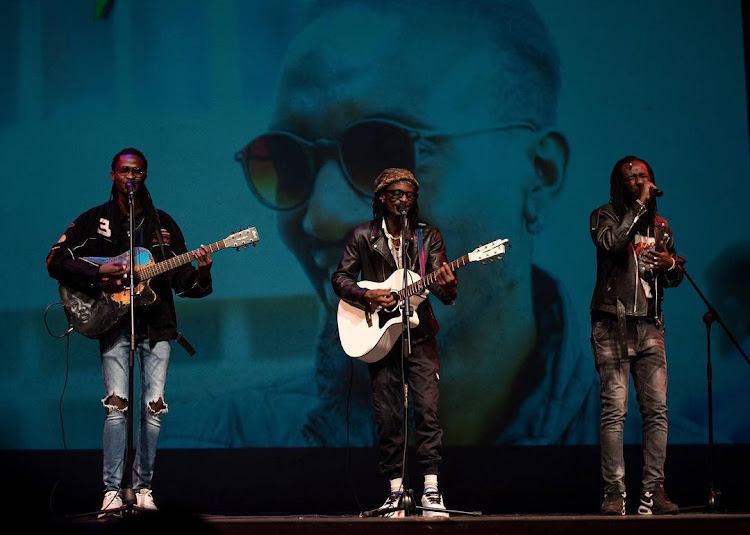 Hart the Band during a live performance. The band spoke to Mpasho in a recent interview
Image: Instagram

The third member of the group Wachira said the secret of the groups staying power in the Kenyan entertainment industry was their unity.

"Kukuwa pamoja. This has really helped us a lot in our journey as musicians . There are days for instance I could be having a bad day. His energy is high, so it's not everyday we will all be happy. Our low moments must be there for each other. We need each other. . We all need to support each other in this family unit."

Why doesn't the band engage in publicity stunts like their peers when they have a forthcoming project? Mordecai said they are not clout chasers. "Wenye wanafanya kiki labda hawaskiki."

The third member Wachira said, "We give thanks to the fan. Sisi tunashukuru mashabiki."

Mordecai added, "We firmly believe in the power of music music yetu ni ya watu we do the music for the music. We love it, we love our fans they support us everyday. We love performing We love being artistes in general."

The band agreed that they don't have time for side shows because they are serious about their trade.

Ken added "You can never cheat the process lazima mtoto azaliwe, atembee akimbie. So I believe we have been in that journey Now look at us we now want to sprint."

What is in store for Hart The Band for the remaining months of 2022?

Mordecai put it simply, "The rest of the year kuta kuwa kumoto. Our album party time if you haven't listened to it you can stream, download it.

We want to take it around the country pamoja na Black and White. We begin our roadshow in Nakuru then Kisii etc. There are 13 shows so get ready we are coming to your city."

Zuchu shares cryptic post over why she chose Diamond over Rayvanny

Tanzanian songstress Zuchu has warned that she doesn't want to be compared to her fellow female artistes in the music industry.
Entertainment
2 months ago

What to expect from annual Nairobi Festival announced by Sakaja

In a meeting with Kenya National Chambers of commerce the handsome Nairobi governor launched 'Vibe of the city' a holiday to be held in December.
Entertainment
2 months ago
WATCH: For the latest videos on entertainment stories