Eko Dydda was vying for Mathare North MCA seat as a first timer.

• Eko Dydda was vying for Mathare North MCA seat as a first timer.

• His wife Cynthia last talked to him at 1:30 A.M on Thursday 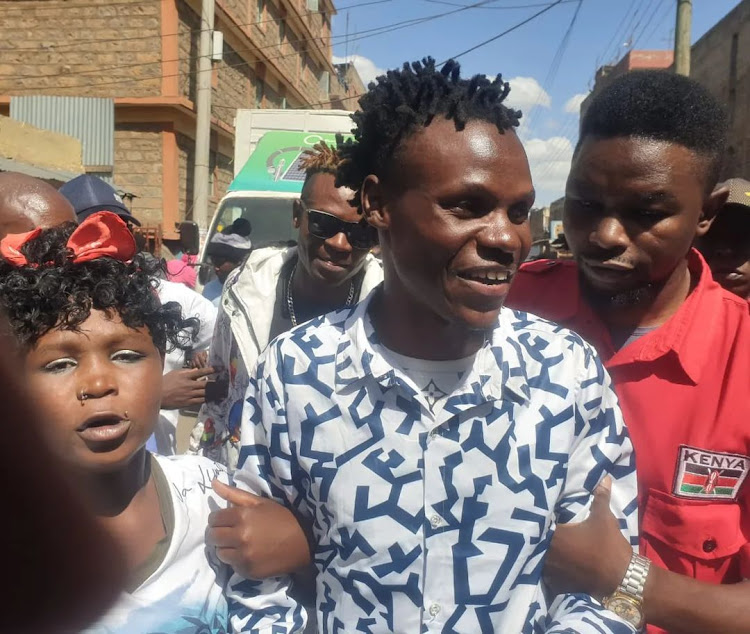 Eko Dydda during a past political campaign
Image: Instagram

It is alleged that Dydda was kidnapped by goons sent by his opponents after he was declared the winner of the Mathare North MCA seat.

Speaking exclusively to Mpasho.Co.Ke, Cynthia says efforts to report her husbands disappearance have remained futile due to frustrations by the police.

"We were told he had won and we re were told to go pick up his certificate.

While at the venue there were some young men who were seated behind him (Ejo Dydda)."

Cynthia says the young men said they had been sent to finish off the rapper.

"They told him they had to 'finish him'

The certificate was given very quickly nobody saw what was on it. After that the 'boys' surrounded him and his security guy."

Cynthia says the goons were not being lenient with anyone

"There was a guy who was taking videos from the start and when the goons noticed that they beat him up and took the phone.

Cynthia and Dydda's supporters decided to report the matter to the police to no avail.

"We went to report at Ruaraka Police station but we were chased away. We last talked with my husband at 1:30 A.M.

The mother of two says she went to Kariobangi Police station and Buruburu police station but they could not be helped as the incident occurred in Ruaraka."

The matter came to the lime light after David Muthengi known by many as Holy Dave to expose that Eko Dydda was missing. 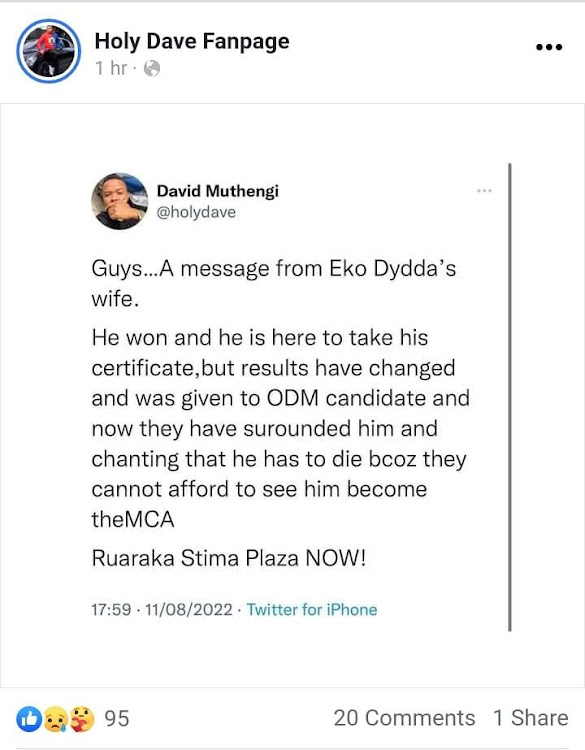 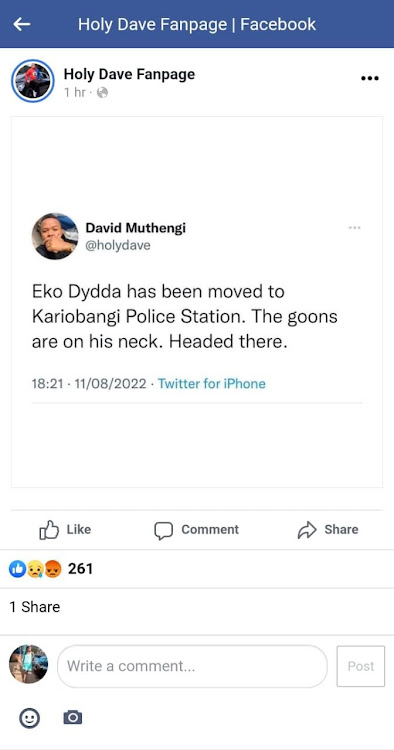