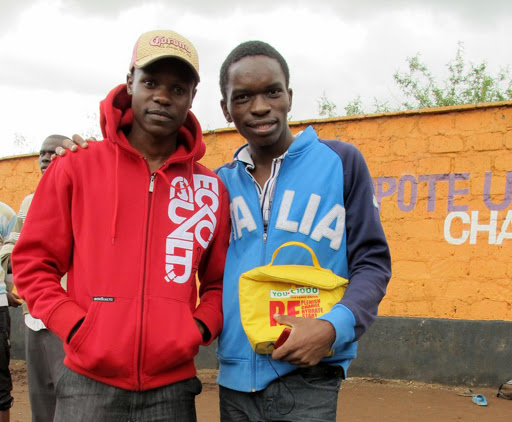 Kenyan gospel rapper Eko Dydda has been off the media radder for quite some time. His comeback is an instant hit, a song titled "Nina One" that was released back in July. It has been getting constant media play. Eko recently made headlines for performing at a night club.

His move is a metaphorical reference to a popular Parable from the Bible. Jesus was responding to Pharisees' claims that he was inviting and dining with sinners.

So I asked him what his guilty pleasure is. He said that it has always been Football.

He quickly said that his passion is football. Most of his fans know him as the king of "stagger and stammer" hip hop style. I asked for clarification,

"Football it is. Kabisaa," he insisted.

Eko was born and raised in Eastlands here in Nairobi. He grew up playing football. He even started a football league in his neighborhood in a bid to transform his community.

Following his latest single's success, he thanked God for the overwhelming support.

"To God be the glory man. I appreciate what he's done for me," he said.