Why mom has never met my son - Tanasha

• Tanasha and Diamond split after Tanasha called him out over claims of infidelity. 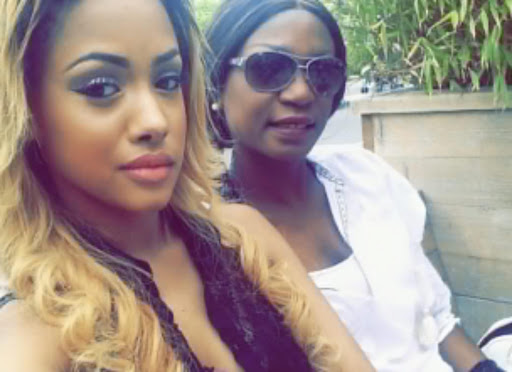 Tanasha Donna has revealed that her mother - Diana Oketch - has not yet met the son, Naseeb Junior.

The singer who went on a week-long birthday vacation in Dubai told her fans in a late-night Instagram Live session that she has plans to change that.

"I miss my baby so much, you know, when I travel for work, he is at school and he has so much work at school, he loves school," she said.

Adding, "When I'm away from him, it has been five days now, I feel so empty, I feel like something is missing. So I cannot wait to go back to him."

In a past interview with Mpasho.co.ke, Tanasha revealed that she is very close to her mother and grandmother. Those are the two people whose opinions matter to her.

Tanasha's mum is said to reside in Belgium.

Tanasha jets back to Nairobi today (July 13) at 1 pm from Dubai where she celebrated turning her birthday. Her son wowed many when he sang for his mother as she celebrated clocking a new year.

Tanasha also announced that "On August 19, I will be dropping another video, it is a drip song, It is a really dope song. And I got a UK rapper  to feature on the remix of the song, not the original - which is coming out first."

Adding, "On the remix, it is a very big deal for me, because I'm trying to venture into all these other markets."

Tanasha and Diamond split after Tanasha called him out over claims of infidelity.

Speaking to True Love, Tanasha narrated her last moments with the bongo superstar.

“If it is too many back and forths. When you reach a dead-end that is when you bounce. I fought it all. But when it came to infidelity, I realised I was fighting a war on my own,” recalled Tanasha.

She added: “I confronted him, blocked him and called it quits. It was the limit for me especially since I was loyal like crazy to him. It had been ride or die for me. I had to leave for the sake of my son and my own mental health.”

Tanasha also indicated that she did not meet Diamond’s expectations.

“And it’s not because of anything emotional but its because of not leaving up to certain expectations he had, but it’s not his fault because everybody is wired the way they are and when you don’t live up to this person’s expectation, for some people it’s not easy to hang on.

So, I feel that’s where things started going down because I really wanted to be my own person as well as be in this relationship.”

In a past interview, Diamond explained his thoughts on Tanasha as a viable partner.

“Tanasha is the only lady who showed me some seriousness on the (marriage) idea and I now officially announce that I am marrying her."

Diamond added, "She got all the qualities of a woman any man would wish to marry. Many of us men only focus on the physical attractiveness of a woman, body shape among other things, which she got as well, but what convinced me more and attracted me is her good manners."