'Defend your man even if he impregnates your sister' Captain Kale

Maina Kageni says women should let men deal with their own mess.

• Maina Kageni has advised defending your men when they embarrass you in public.

• He says if the reverse was done, most men wouldn't defend their women. 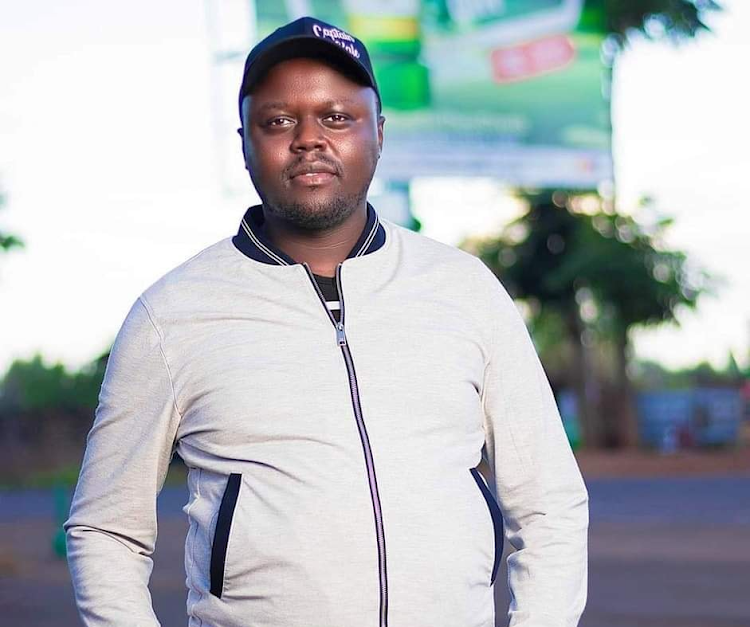 Captain Kale. He says a woman should defend a man even if he impregnates her sister.
Image: Facebook

Radio King Maina Kageni has advised Kenyan women against defending their men in public especially after the men engage in embarrassing activities.

He was reacting to a video interview of the wife to Titus Maina, the man who drowned in Juja alongside his girlfriend during a picnic.

Margaret Kiiru said her husband had gone for a business meeting adding the female who died alongside him was just a friend.

Speaking during the Morning Conversation on Classic 105, an agitated Maina Kageni warned

"Women do not defend your men in public, You will always end up with egg on the face.

If he is a killer say he is, if he is a cheat call him so.Why are you saving someone's skin only to end up being embarrassed later?

"Forget polygamy if a man respects you he will not disrespect you like that."

*Carol called in sharing her experience.

Her man ended up dumping her for someone else.

"I used to defend my man because we started from scratch.

I would even work in mjengos for him to eat.At the time he was battling TB. When he got better he left me.

He would tell his friends that am a prostitute.Currently, he lives in Lucky Summer. After he made it he married another woman."

"Kenyans should just accept polygamy.The reason why men hate being cheated on is that they do not like being compared with other men."

*Stacy says given the current situation she cannot waste her time defending her man.

"When I remember that I am replaceable any moment, nguvu za kutetea mwanaume nakosa kabisa."

Controversial Captain Kale says a woman's role in his life is to defend him whether alive or dead.

"A mature woman will stand by her man even when he impregnates her sister,Even if her man disowns her she should stay put."

Have you ever defended your man in public? How did it end?

She alleged that their men are lazy in bed.
Entertainment
2 weeks ago

Areas that are notorious as make out spots among youngsters include Tatu City, Ruiru Dam and open areas near Garden City.
Entertainment
2 weeks ago