• Nandy felt belittled after fellow singer Zuchu turned down the endorsement deal which was later given to her.

• Zuchu declined to be the brand ambassador of the alcohol brand because of her faith. 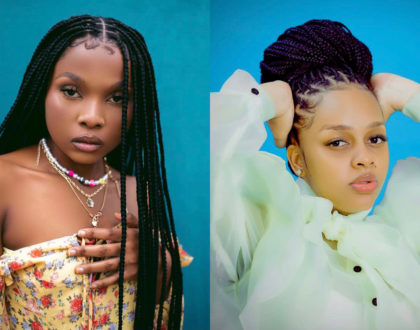 Nandy felt belittled after fellow singer Zuchu turned down the endorsement deal which was later given to her.

According to reports, Zuchu declined to be the brand ambassador of the alcohol brand because of her faith.

In a series of leaked audio clips, Nandy could be heard instructing Mwijaku on how he should tailor his messages to attack Zuchu on social media.

(Mwijaku, just say there is nobody who has ever been given a deal worth millions of money and they ended up turning it down. Let it not look like that since they will know we have talked about too much.)

Mwajiku while speaking to Tanzanian media claimed that Nandy offered to pay him Tsh1.8 million (Ksh91,543) to run the smear campaign against Zuchu.

(She wanted to pay me one million to post on my page. I refused and told her that I can only take money as her brother and not to spoil someone's name.)

The leaked audio clips have elicited an endless discussion in Tanzania.

However some think the audio is not legit.

Nandy has not responded to the allegations about the video.

Nandy and Zuchu have always been against each other especially each of them trying to win the best queen in the game.

In 2021, Zuchu said that she has no problems with Nandy.

"It doesn't bother me that I' m being compared to other artists. I don' t get any business from these pointless rivalries. . . , " she said.

Did they use his private jet? Diamond and Zuchu feast in Paris

Diamond Platnumz recently revealed that he has bought a private jet. According to the music star, he is from the streets and he keeps upgrading.
Entertainment
2 weeks ago

Diamond Platnumz told DW Africa that having a wife as a musicna is a sure fire way to kill one's career
Entertainment
2 weeks ago
WATCH: For the latest videos on entertainment stories

Juliani to Nandy: Celebrities who wedded this year