Janet Mbugua was bullied for anchoring news while pregnant

Janet Mbugua shares how she was bullied while on TV

• Janet explained that some people were not okay with her reading news while pregnant and even sent her hateful messages. 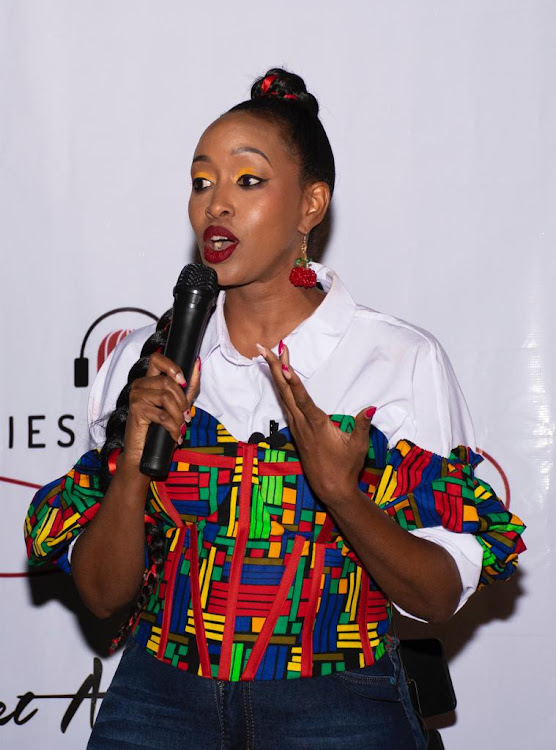 Janet Mbugua speaking during her Podcast launch on 25th May, 2022
Image: Elizabeth Ngigi

Media personality Janet Mbugua has explained being a victim of cyber-bullying while working as a news anchor.

Janet was speaking at a documentary by Aljazeera 'Witness Documentary'. Janet was among the personalities interviewed and confessed that she was trolled when she anchored Citizen TV news while pregnant with her firstborn son.

"As a news anchor, reporter, presenter, as a woman, first of all, just that on its own, there is always something that will come at you," she explained.

Janet explained that some people were not okay with her reading news while pregnant and even sent her hateful messages.

"Every day, it was hateful, spiteful messages saying you are too pregnant to be on TV or we can't stand looking at you while you are reading the news like that. I think it had happened before me, just that I was on a widely watched TV in the region."

In the documentary, Janet is speaking on the importance of safe spaces online. Activist Boniface Mwangi also said that he was always bullied for highlighting people's issues on social media

"I am bullied for highlighting people's issues on social media. Some say I complained too much yet they are not my problems," he said.

"I take a nice picture of myself and I share and people hate on me about that."

Other celebrities who have spoken out about cyberbullying are Kamene Goro, Mulamwah, Flaqo among others.

Flaqo said he was a subject to trolls after he shared a funny clip on his Twitter handle that a certain section did not find humorous.

He downplayed the negativity, stating that the hate is only propagated by a particular group of 20 'keyboard warriors' who also own 10 pseudo-Twitter accounts.

Later this year, the comedian spoke about fighting mental health due to social media pressure and trolls.

Bullying is no longer confined to school playgrounds and workplaces. Concerned about her kids growing up in Kenya's toxic ...

Azziad-Some people wanted me dead when I became famous

Why Azziad should ignore age shamers on her 22nd birthday

Tiktok sensation azzia Nasenya turned 22 years old on June 16th and social media went after her for her age.
Entertainment
1 week ago

Guardian Angel posted a video of a newborn baby and some fans came trolling him.
Entertainment
1 month ago

Betty Kyallo had to deal with an unpleasant comment on her comments section
Entertainment
1 month ago
WATCH: For the latest videos on entertainment stories