• Comedian Akuku Danger has been detained at Nairobi West Hospital over Sh 823,000 in accrued bills.

• Akuku was hospitalized a fortnight ago and was forced to celebrate his birthday on a hospital bed. 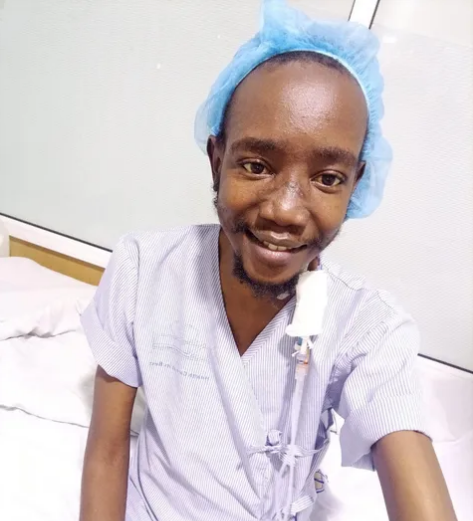 Comedian Akuku Danger has been detained at Nairobi West Hospital over Sh 823,000 in accrued bill.

The news were shared online by Akuku's girlfriend, Sandra Dacha who has always updated the funny man's fans on how he is doing. She says the hefty balance comes after deductions from his insurance and cash deposits.

Akuku was hospitalized a fortnight ago and was forced to celebrate his birthday on a hospital bed.

Taking to her Instagram, Dacha wrote, "@itsakukudanger the Comedian has been admitted at Nairobi West Hospital for the past two weeks and has since accrued a bill of Kshs 823,000/= after deductions from his Insurance and cash deposits too."

Dacha added that Akuku was discharged on Monday but the hospital decided to detain him until he pays the remaining balance.

She is appealing to Kenyans willing to help the former Churchill show comedian and come through for him.

"The hospital has refused to accept a collateral so that he can organize his finances from outside despite having their collateral from the January bill which has a higher value than the total bill. Anyone willing to help in any way please reach us," she wrote.

This comes just four months to the first time Akuku was admitted with a collapsed lung. He would then be admitted in the ICU for weeks.

Akuku was born with sickle cell anaemia a condition that weakens his immune system.

A while back Akuku observed that Sickle Cell Anaemia is not being given much attention by the government compared to other terminal illnesses such as cancer.

This news was broken by  Sandra Dacha who shared photos of the star in a high dependency unit (HDU) of a local hospital.
Exclusives
3 weeks ago