• He has been battling sickle cell anemia since childhood 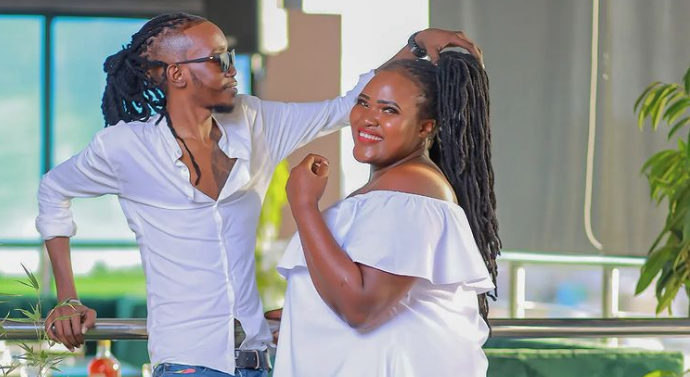 Kenyan comedian Akuku Danger was forced to celebrate his birthday in hospital after he was re-admitted just 4 months after he was discharged.

His girlfriend, celebrated actress, and female MC Sandra Dacha shared news of his readmission on social media letting the general public know that Akuku was back in the hospital.

She shared photos of the former Churchill Show star in a high dependency unit (HDU) of a local hospital.

Well, upon Akuku being discharged from the high dependency unit, Sandra and a few friends surprised him in the hospital with cupcakes to mark his big day which comes just 3 days after her own birthday.

Sandra shared a post on her Instagram post of them in hospital around Akuku Danger's bed, the comedian seemed overjoyed by the gesture as he said something that had Sandra and the team tearing up in laughter.

In the video, Akuku is seen offering a smile albeit weak while posing with a cupcake in his hand.

In the video post, Sandra wrote, " we could not let this day pass despite (you) being ill, we had to cheer him up kidogo. Happy Birthday @itsakukudanger and SPEEDY RECOVERY."

She also shared another post this time round of the engraving on Akuku's birthday cupcakes.

The cuteness was overflowing from the post as Sandra tried to embrace the birthday spirit as much as one can when their lover is hospitalized.

Sandra shared a photo of two cupcakes hand in hand. One with Akuku's name with tiny love hearts, while the other one read "Dzaddy". (If you do not get it forget about it)

She then captioned the photo of the tasty treats, "Dame yako hukuita hivi ama niachane na maisha yako ( does your girlfriend call you like this or should I stop bothering your life)" followed by a series of laughing emojis.

The comedian was born with sickle cell anemia, a condition that weakens his immune system.

A while back Akuku voiced that he felt Sickle Cell Anaemia was/is not being given much attention by the government compared to other terminal illnesses such as cancer.

"I see healthcare as something for the rich...the rich can access medicine, treatment, check-up, drugs. For the poor people, it is very hard. Sickle Cell patients need to have drugs every day...and it costs money...going without the drugs is a detriment to your health," Akuku said.

"Civil servants really enjoy NHIF services, but Mama Mbogas...comedians are not accommodated enough. It only takes care of your bed and meals in hospital, and that is not enough," he added.

Wishing Akuku Danger a speedy recovery and a happy birthday.

He revealed that doctor's did not think he would make it
Entertainment
2 months ago
WATCH: For the latest videos on entertainment stories