•  Yummy Mummy revealed that another issue she is dealing with is her son getting mad at her for clubbing.

• She recently opened up about how she has been having struggling to get affection from her son, Ethan. 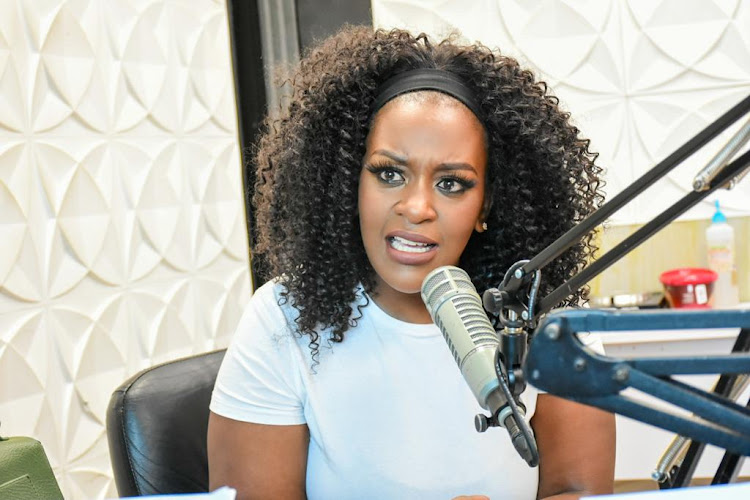 Influencer and Digital creator, Murugi Munyi alias Yummy Mummy, can easily be named as one of the coolest if not the best celebrity mom in town.

Her experience as a mom of three (two daughters and a son) puts her in the best position to deal with matters parenting.

Yummy Mummy always shares her day-to-day experiences with her kids on her vlogs, something that has earned her a loyal following from fellow parents who can relate with her.

Despite being a pro in matters parenting, Yummy Mummy also struggles as a parent. She recently opened up about how she has been struggling to get affection from her son, Ethan.

She says she has been making efforts not to come off neither desperate nor overbearing.

She wrote; "When I chat with Ethan I feel like I'm trying not to come off desperate but I just want the affection but I don't want him to feel like I'm being overbearing haha." 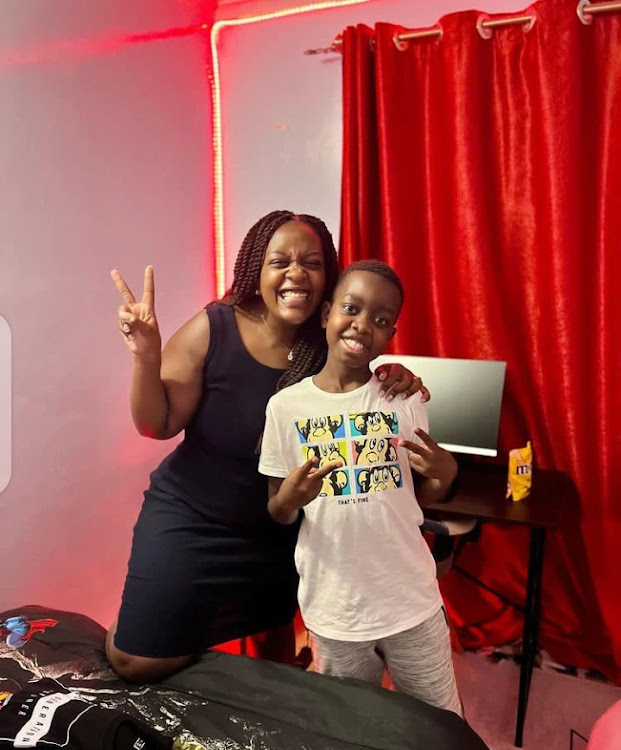 Relating to her struggles, one of her followers shared with Yummy her own struggles with her pre-teen son.

According to the follower, she was left confused when she said 'I love you' to her son only for him to not reciprocate the way she expected.

She wrote, "Told my son, 12, I love him, he answered 'okay' I asked him what that means, and he said he doesn't know what to answer at that time coz he wasn't feeling like he loves me." 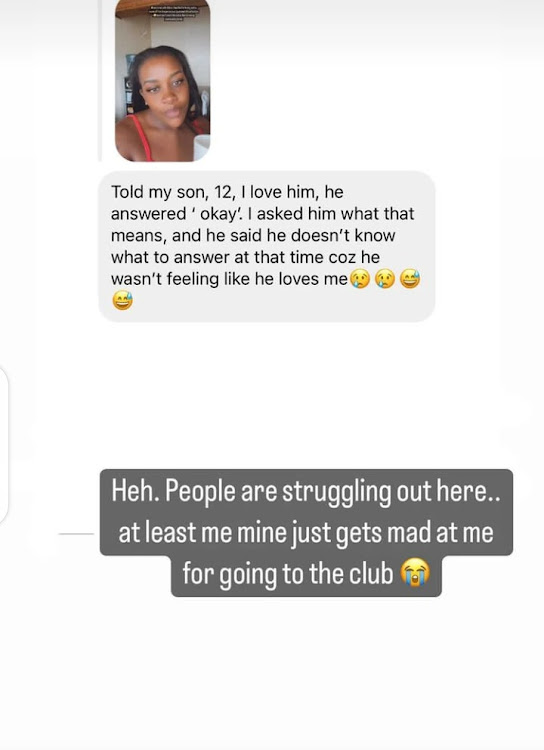 Reacting to that, Mummy revealed that another issue she is dealing with is her son getting mad at her for clubbing.

"Heh people are struggling out here.. at least me mine just gets mad at me for going to the club.." Wrote Mummy.

She went ahead and shared a screenshot of her conversations with her son showcasing how she had to beg baby Ethan to allow her to call him on the way home from the club.

She wrote, "My last conversation with Ethan last night when I was at the club please tell me why I'm having to beg him to allow me to call him. Aki boys."

Check out the screen grab below; 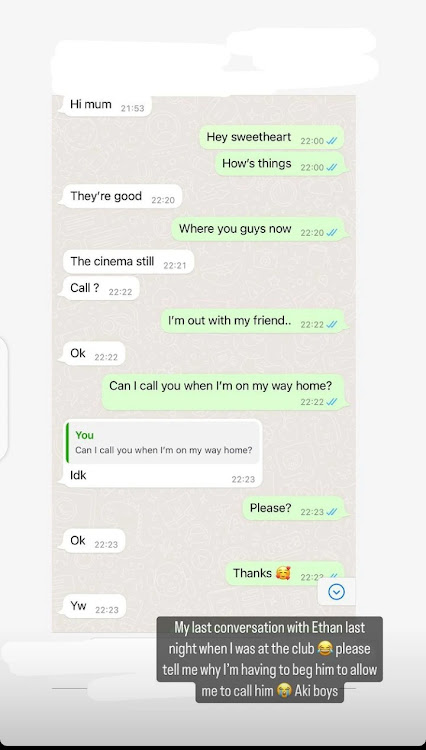 Hilarious Conversations between Yummy Mummy and her son Ethan

Yummy Mummy-My mummy is a reverend