'I am a proud multi millionaire!' - Mulamwah

Mulamwah brags that he can take care of his daughter

• Carole Sonnie opened up about the struggles of raising their daughter as a single mother. 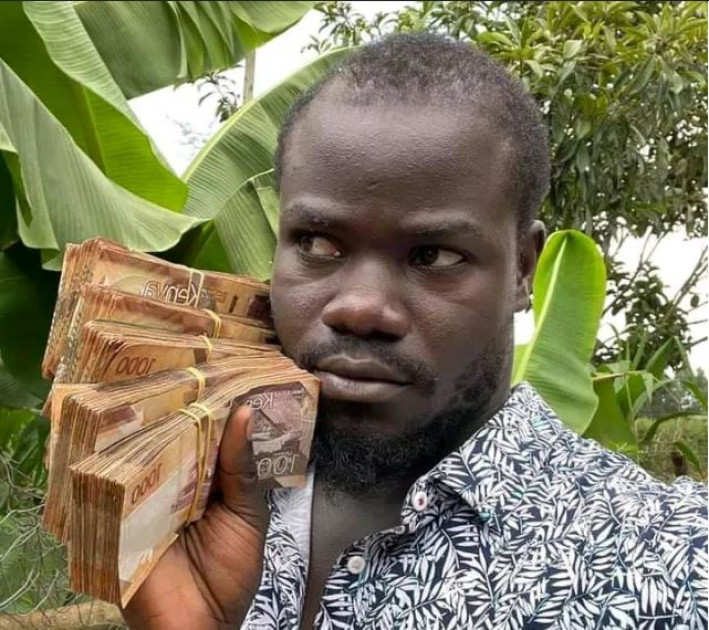 From the look of things, it seems like we are never going to see the end of this Mulamwah and Sonnie Muthoni drama.

Sonnie and Kendrick Mulamwah broke up in December 2021 just a few months after welcoming baby Keilah.

A few days ago, Sonnie opened up about the struggles of raising their daughter as a single mother, given that she has to play the role of both parents.

Speaking to online media platforms Sonnie said, "I wouldn't lie that it is easy, it has been tough. It has not been easy because I have to play both the role of a mother and a father. Even when life is tough I must go out there and look for means to provide for my baby."

Mulamwah has come out to express his disappointment upon hearing that Sonnie is having a rough time given that he has never seen Keilah since she was two months old. This is despite his unsuccessful efforts to see him.

Speaking to BTG news, Mulamwah said, "When you see someone says she is a single mother and yet I am here. I can proudly say I am a millionaire and I have made several of them, so you cannot say I have money problems."

He pointed out that Sonnie is the main problem for putting a barrier between him and his daughter, yet the comedian has been working hard to ensure baby Keilah lives a soft life.

Once there is a barrier between me and the kid things become hard yet it wasn't my choice. So if you say you are suffering then that's your choice!

Mulamwah went on to cite the things he has done for his record label signees saying that he has done great things for them and that proves he can do even more for his own blood.

Kenyan celebs and those pesky unplanned pregnancies
Lifestyle
9 months ago