Brenda Jones says ex-lover is trying to date her again

Brenda Jones has a new girlfriend and she is happy

• Brenda Jones does not regret coming out as an LGBTQ member but wishes it never happened in a live session.

• Brenda said the people she mentioned had provoked her a few minutes before she went on that live. 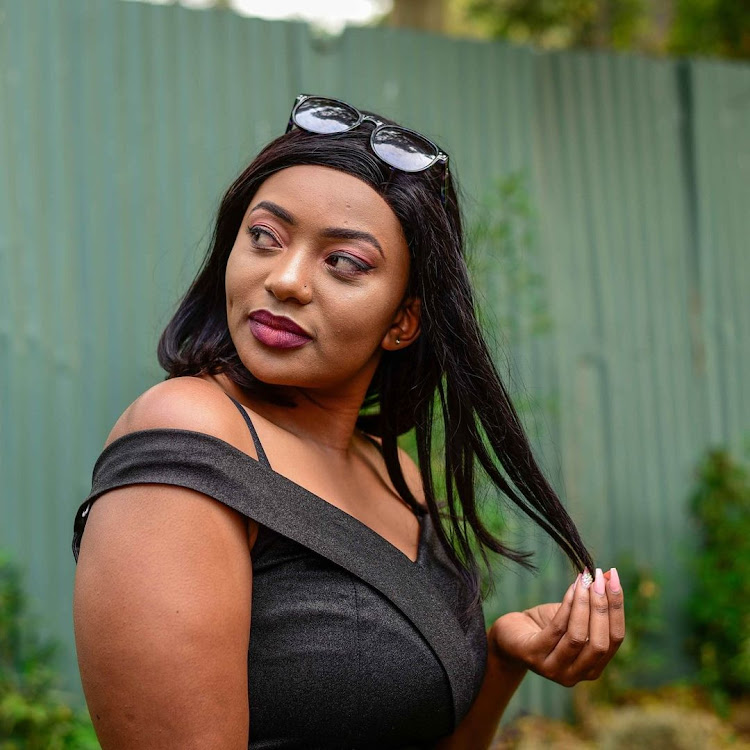 Content creator Brenda Jones does not regret speaking about her gender orientation.

Jones publicly spoke about her relationship in September last year in an Instagram Live session.

In a recent interview with Mungai Eve said she does not regret it and wished it never happened in a live session.

"I feel that I should have kept my own business to myself," she said.

"I did nothing wrong, just that I did it on the wrong platform. Saying the right things to the wrong people. If I would have sat my friends down and ranted to them, it would not have been a problem. The other problem is that I was under the influence of alcohol which made it even worse."

Brenda said the people she mentioned had provoked her a few minutes before she went on that live. "They insulted me on my face, and that triggered my anger," she said.

"These two came to where I was holding hands and provoked me. I fought them since I was angry. I am not justifying anything."

Asked how that affected her, Brenda said she did not feel guilty about fans knowing about her as she had already come out to her family back in 2016.

"With that, I didn't regret it. It also inspired some people as well."

"I receive hate every day. I post something and some comments are too harsh, people will have their opinion, so I care less," she said.

She then said her ex-lover has been trying to get back with her, something she said she is not ready to do.

"I don't have any beef as I have moved on, they still look for me. One of them calls me to reconcile but I have no time. I can't get her back," she said adding that their relationship with her was toxic.

"I blocked them and that space was too much for me. In November last year, I used to cut my hand and fight depression. I have forgiven and I am way past that."

Brenda said she lost some endorsements and a job after coming out.

"So far so good. I am picking myself up. After I kicked that person out of my house in January. Everything has been opening up so well," she said

Brenda Jons described herself as a fluid lover - someone attracted to people of all genders.

"I love girls 80% and men 20%. I fall in love with vibe rather than the gender," she said adding that she has since moved on.

"I was made for love and I am a people's person. There is someone in the picture, we are still in our early stages but so far so good and its a happy one."

She does not mind getting married to a woman but not in Kenya since it is illegal.

Phoina said she is busy with her beauty.
Exclusives
1 month ago

Brenda Jons speaks about her relationship with Makena Njeri

Brenda Jons told a fan who asked about Makena Njeri, "If you follow me closely, you know how I feel about the word 'friend'."
Entertainment
3 months ago

Brendah Jons caused a hullabaloo among her fans yesterday when she engaged with them in a QnA on her Instagram page.
Entertainment
4 months ago
WATCH: For the latest videos on entertainment stories