• Temi Braze is a fast-rising Nigerian Kenyan-based singer.
•  Temi's passion in music is expressed in the rhythm and melody of his music. 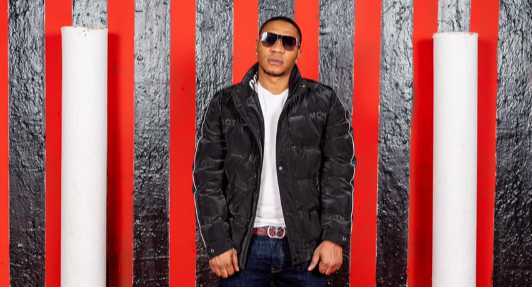 Many know the term Mpesa as a convenient way to receive, store, spend & transfer money through mobile phones, it's one of the largest mobile money services. We see in the video Temi Braze sending money to the woman he loves the most through Mpesa.

The new single is all about the girl you love the most and she makes you do everything that you can just to make her happy. As seen in the video Temi Braze does everything he can to make the woman he loves happy by spending money on her, taking her on dates and on a shopping spree.

Temi Braze's passion in music is expressed in the rhythm and melody of his music. His well-written romantic lyrics capture the hearts of his fan base which continues to grow every day.

The Nairobi Music Scene has embraced Temi Braze as a talented performing artist.

It looks like Dorea Chege is looking to build her portfolio as she keeps pushing her limits every single day.

She recently made news when she announced that she was planning to vie for the Nairobi Women Representative seat.

Her announcement ruffled a few feathers and a week later, she came out to announce that she had received threats regarding her political ambitions.

A confident Dorea Chege took to her Instagram to tell off her detractors.

"I'm vying for the seat of Women Rep Nairobi. I'm not happy, I'm receiving messages and calls of threat from you guys. Let me tell you guys, I'm not stepping down," She laughed sarcastically.

Adding, "I'm not stepping down. And one thing you need to know, I am not a coward."

She continued, "I may not have that money but let me tell you tupatane kwa debe. Kura iongee. (let us meet at the ballot. The votes will decide.)"

She has since left her fans in the dark regarding her political ambitions but it remains to be seen whether she will still be in the ballot.

As the 2022 elections get closer, more female celebrities have made public their intention to vie for different political seats.
Entertainment
3 months ago

Dorea Chege revealed, "I'm not happy, I'm receiving messages and calls of threat from you guys..."
Politics
3 months ago

Assuming they wanted to snatch her phone, Maggie raised the windows not knowing they had another agenda, which was to steal her fender flare.
Lifestyle
8 months ago