• "I became a sponsor. They would thank me but not with words. Purity and faithfulness were thrown out of the window, my wife also found out about it."- Pitson 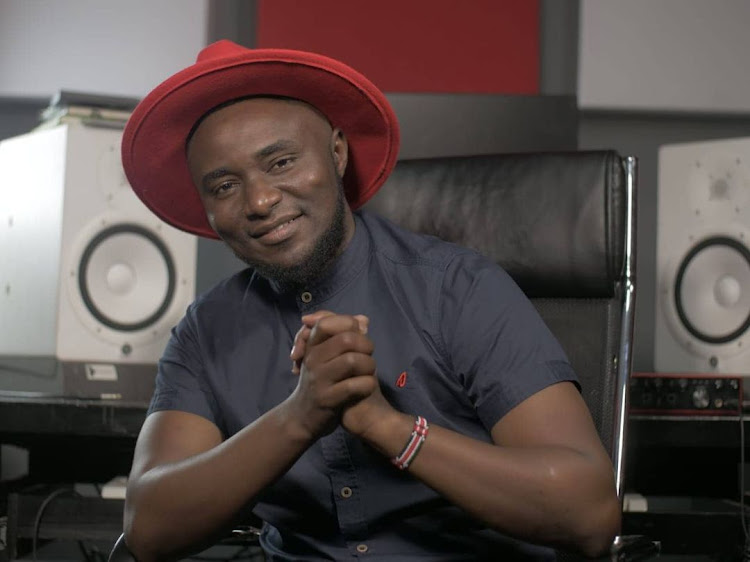 Gospel artist Peterson Ngetha alias Pitson has talked about the high price he almost paid for being famous.

In an interview with Robert Burale on 'Oh Men', Pitson revealed he almost lost his marriage after he started keeping different women and sponsoring their lifestyle.

"I was in this group where the mantra was 'Purity is Power'. While we're together we had an unwritten agreement not to have sex with our girlfriends.

I did law and did Bcom and I never flirted nor kissed a girl. I met my wife Carol in the second year we started dating and we got married.

Later, I got a job at a bank. That is when I released the 'System ya Kapungala.' There was so much money during that time.

I was young and had a wife but not many responsibilities, I was making a lot of cash and I was just paying Ksh 22,000 as rent in Kinoo."

Lasizwe hints that Zari snatched Cedric 'King bae' from him

Pitson added, "Money is like a servant so if you don't give it work it will introduce mischief. With that money I paid rent for so many ladies, I became a sponsor. They would thank me but not with words.

Purity and faithfulness were thrown out of the window, my wife also found out about it. She found out messages and the money budget did not add up as she knew how much I made.

She left and the embarrassing moment is my parents going to her house and promising that their son would behave.

I was being asked questions and I had to accept. Luckily for me I have never done alcohol nor done drugs. All of these women I kept on the side were saved women."

David Etale, "I am very soft-spoken so no one would have suspected me of doing such a job and that gave me the confidence to do the job."
Entertainment
1 week ago

My wife came back home but I became wiser in hiding my escapades. She found out again and left again and my parents had to go back and see her parents.

We had even agreed that the marriage was not working and we agreed to go our separate ways.

But we later agreed to mend things.

Pitson says his wife was gracious enough not to expose him given he was active in the gospel scene while busy chasing around other women.

"Only my brother knew what I was up to.

He would advise me but I never listened I always had a way to defend myself. God called me but I kept ignoring him.

He would tell me that I was being 'caught' because he (God) loved me.

I went to Arboretum and that is where I accepted God.My biggest regret is not spoiling my wife with my money."

Pitson has since reformed and changed his ways.