• David Etale, "I am very soft-spoken so no one would have suspected me of doing such a job and that gave me the confidence to do the job." 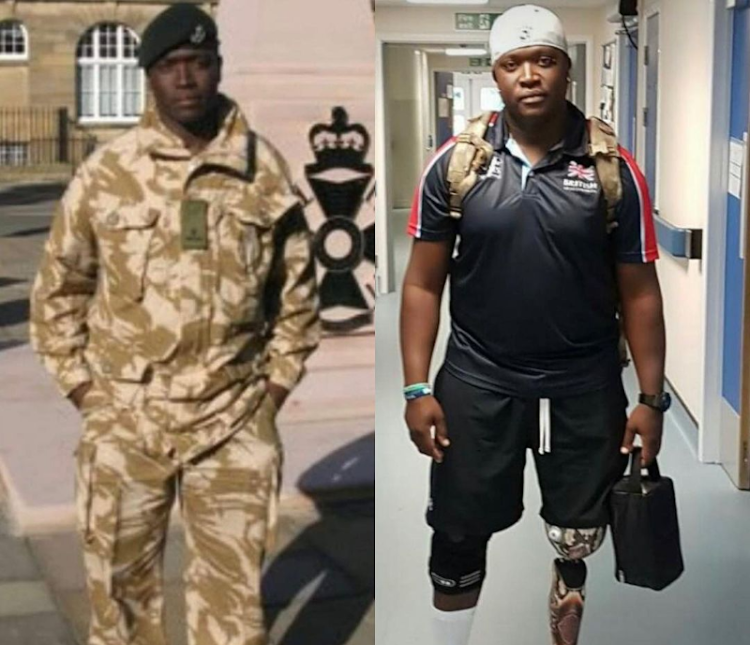 Kenyan born British soldier David Etale has shared how he almost ruined his life by joining crime before travelling to the UK.

Etale was storing guns for robbers and in return, he would be paid a fee, something he says he deeply regrets.

At the time Etale was a footballer but the peanut pay he was getting pushed him to a life of crime.

Speaking during an interview with Bonga na Jalas , Etale shared, "I was a part-time matatu driver on the Kangemi route and used to store guns for thieves on the side.

I was not a thief I was just storing the guns for them. I started doing that for money, we never get used to getting paid a lot working as a footballer. It's a decision I regret up to date.

They would pay me to store the guns at my servants quarters in Westlands. I am very soft-spoken so no one would have suspected me of doing such a job and that gave me the confidence to do the job."

Kenyans have a weird infatuation with the macabre. Kenyan musician Influxx has released a song titled Suicide Note.
Entertainment
2 weeks ago

Etale says one time some of the robbers he used to store guns for got arrested and they sold him out.

"After the premier league season, we would go and play at different places and interact with young people.

I had left training and went for my matatu shift at 2:00. A police officer approached me and told me he knew that I stored the guns. He told me I had two options, to either change or end up in Kamiti.

He then told me the British Army was recruiting online, he told me he would take me to a cyber and have me apply online.

I told him I would apply later but he demanded I do it there and then. Three days late he called me and asked me to check my email and to my shock, I had qualified. I got the job and moved to the UK."

Sadly, Etale lost his leg during a mission in Afghanistan.

He is currently a mental health advocate, even as he deals with the post-traumatic stress he got from the war.

'You are never allowed to be a kid,' Pitson on growing up as a pastor's child

"Most pastors kids can never wait to get out of that home and never come back. You are never allowed to be a child, you have to learn to present ...
Entertainment
2 weeks ago