Child in attempted suicide case succumbs to her burns

Mutheu died in hospital on Monday a day after the incident said her family.

• Mutheu died in hospital on Monday a day after the incident said her family.

• She was with her mother, Elizabeth Munyalo, when they were lured by Dennis Musyoka to a trap in a suicide-murder plot in their car. 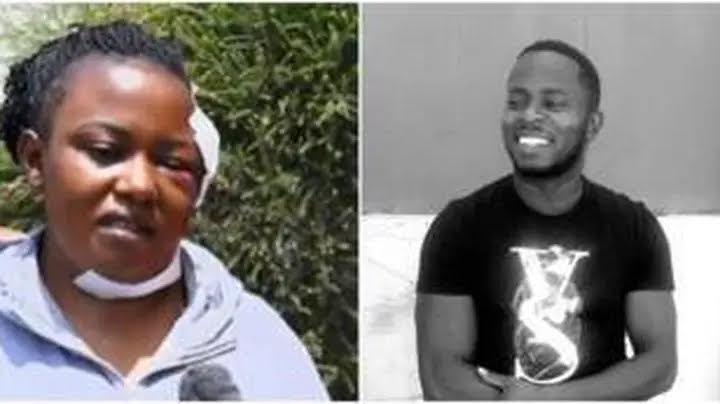 Dennis Musyoka man who burned himself and his daughter in a car after stabbing his estranged wife Elizabeth 6 times.
Image: The Star

Kesley Mutheu, a child aged two-and-half years who sustained serious burns as her father died by suicide in their car has succumbed to the injuries.

Mutheu died in hospital on Monday a day after the incident said her family.

She was with her mother, Elizabeth Munyalo when they were lured by Dennis Musyoka to a trap in a suicide-murder plot in their car.

Munyalo was stabbed six times by her estranged lover but managed to jump out of their car as the man set himself on fire with Mutheu trapped inside on Sunday at about 11 am.

She was attended to at the hospital and discharged.

Munyalo in an interview with Citizen TV disclosed that her former lover was a violent man.

She said the deceased requested her to bring their daughter to him so that they could spend time together.

Little did she know the man was on a mission to kill and die.

Munyalo said in an interview after surviving the ordeal that Musyoka was angry after she refused and failed to give him the baby when he was celebrating his birthday on Saturday, a day before the incident happened.

She said Musyoka was celebrating his 34th birthday on Saturday and wanted to observe it with his daughter.

"I was not available on Saturday when he was celebrating his birthday but I told him I would leave the baby with him on Sunday instead,” she said.

She added that Musyoka demanded to meet them on Sunday and when she arrived where they agreed to meet, he entered the car carrying a bag.

Musyoka then removed a knife and stabbed her.

She added she managed to open the door and dropped off because she had not put on her safety belt amid stabs leaving behind her daughter trapped therein as she sought help.

Munyalo pleaded with good Samaritans to help rescue her daughter after she noticed smoke billowing from the car.

According to CCTV footage, neighbors could be seen rushing there to rescue the child.

They could be seen using stones and sticks to break the windshields before removing her unconscious.

Their daughter was rescued and rushed to Mama Lucy's hospital before she was moved to Kenyatta hospital where she succumbed to her injuries.

Musyoka died inside the car.

Authorities are looking into what led to a suspect's suicide when they were holding him in the Kasarani police cells.
Crime
5 months ago

The man identified as Alphonse Nyamwaya said Wendy wanted to know if he had eaten, just before she began swimming.
Entertainment
5 months ago

Akothee says one can only fight depression by identifying the root cause.
Entertainment
6 months ago

Police are looking into the suicide death of a 13-year-old girl and student in Standard 6 in their homeAccording to authorities
Crime
6 months ago
WATCH: For the latest videos on entertainment stories