'Satanic Verses' writer, Salman Rushdie on ventilator after being stabbed on stage

Mr Rushdie was stabbed at least once in the neck and in the abdomen, authorities said

• Rushdie has faced death threats for more than 30 years since the publication of The Satanic Verses.

• When Mr Rushdie was knighted in 2007 by the Queen, it sparked protests in Iran and Pakistan. 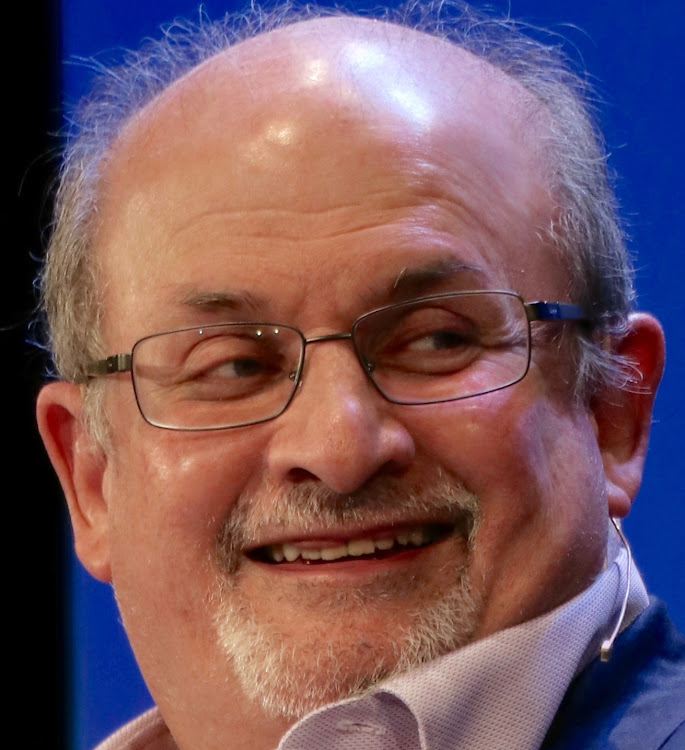 Salman Rushdie at a past event
Image: Commons Wikimedia

Salman Rushdie's agent has said "the news is not good" after the author was stabbed at an event in New York state.

He was attacked on stage, and is now on a ventilator and unable to speak, Andrew Wylie said in a statement, adding that the author, 75, may lose one eye.

New York State Police said the suspect ran onto the stage and attacked Mr. Rushdie and an interviewer at the Chautauqua Institution in western New York state.

Mr. Rushdie was stabbed at least once in the neck and in the abdomen, authorities said. He was taken to a hospital in Erie, Pennsylvania, by helicopter.

"Salman will likely lose one eye; the nerves in his arm were severed; and his liver was stabbed and damaged," his agent said.

No motive or charges have yet been confirmed by police, who are in the process of obtaining search warrants to examine a backpack and electronic devices found at the centre.

Police told a press conference that staff and audience members had rushed the attacker and took him to the ground, and he was then arrested. A doctor in the audience gave Mr. Rushdie first aid.

The interviewer who was with Mr. Rushdie, Henry Reese, suffered a minor head injury and was taken to a local hospital.

Mr. Reese is the co-founder of a non-profit organisation that provides sanctuary to writers exiled under threat of persecution.

Linda Abrams, an onlooker from the city of Buffalo, told The New York Times that the assailant kept trying to attack Mr. Rushdie after he was restrained.

"It took like five men to pull him away and he was still stabbing," Ms. Abrams said. "He was just furious, furious. Like intensely strong and just fast."

Indian-born novelist Mr. Rushdie catapulted to fame with Midnight's Children in 1981, which went on to sell over one million copies in the UK alone.

But his fourth book, published in 1988 - The Satanic Verses - forced him into hiding for nearly 10 years.

The surrealist, post-modern novel sparked outrage among some Muslims, who considered its content to be blasphemous - insulting to a religion or god - and was banned in some countries.

Several people were killed in anti-Rushdie riots in India and in Iran the British embassy in the capital, Tehran, was stoned.

In 1991 a Japanese translator of the book was stabbed to death, while a few months later, an Italian translator was also stabbed and the book's Norwegian publisher, William Nygaard, was shot - but both survived.

A year after the book's release, Iran's Supreme Leader Ayatollah Khomeini called for Mr. Rushdie's execution. He offered a $3m (£2.5m) reward in a fatwa - a legal decree issued by an Islamic religious leader.

The bounty over Mr. Rushdie's head remains active, and although Iran's government has distanced itself from Khomeini's decree, a quasi-official Iranian religious foundation added a further $500,000 to the reward in 2012.

There has been no reaction from the Iranian government to Mr. Rushdie's stabbing. Iranian media were describing Mr. Rushdie as an apostate - someone who has abandoned or denied his faith - in their coverage.

The British-American citizen - who was born to non-practising Muslims and is an atheist himself - has become a vocal advocate for freedom of expression, defending his work on several occasions.

James Mureithi, a neighbour said that police were called and before they arrived, the grandmother was found hiding inside a hole.
Crime
7 months ago

Why I stabbed my husband - Eldoret woman tells court

A woman narrated to an Eldoret court how she stabbed her husband in the stomach after a domestic dispute.
Crime
7 months ago

Police say two men first booked a room in the lodging before they were joined by a third one.The third man told the receptionist at the joint he was ...
Crime
8 months ago
WATCH: For the latest videos on entertainment stories