Rarieda Mp Otiende Amollo is showing off his cute family

• He shared a never before seen moment with his wife and children.

• He also revealed he has triples and their unique names. 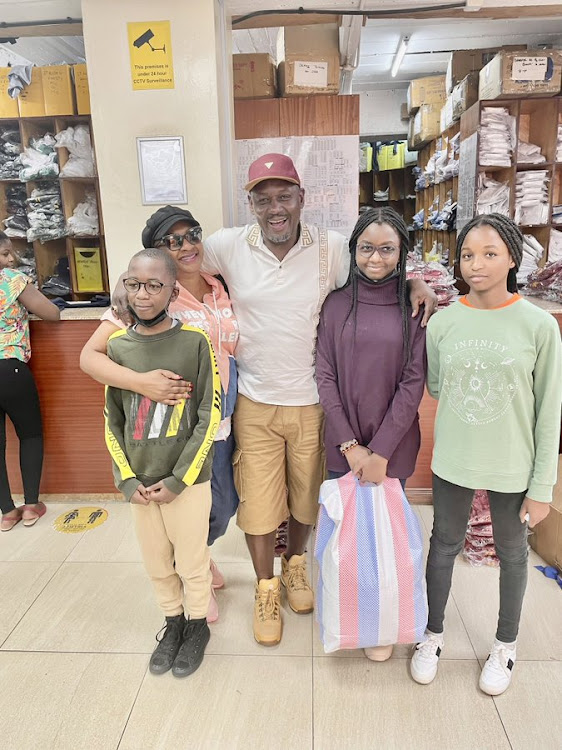 He also made sure to introduce his wife and three kids. Showing off his soft side, the politician also revealed the special names of his children - a boy and two girls.

"A Rare Saturday In The City Not In Rarieda; Shopping For School Stuff With My Dear Linet & The Triplets; Jewel, Jeanne & Jayden. As Old As The Constitution, My COE Mates Had Suggested They Be Called Executive, Judiciary & Legislature.., Just As Well I Declined.."

He was also dressed to impress with his drip getting the attention of his fans who gushed over his youthful look.

@AchiengOdhiamb7·Proud of you Wakili....You and Linet come from way too far! I admire the strides you have made in your union. Linet always a beauty just as I first saw her in Ksm...93/94. More grace. Baraka.

Otiende Amollo is a senior advocate, and a politician.

The confident and eloquent Mp is often seen building houses for his constituents, especially widows. He has no problem lifting heavy materials and getting down and dirty.

His passion is uplifting the less fortunate and even told the Standard newspaper several years ago that;

"That’s a project that I took on with a lot of zeal. With this project, we are surprising many widows, and older ones in particular, who’ve been shunned by society, and helping them out."

"We are taking down the grass-thatched houses they live in, that are probably leaking, and building them better homes. It gives me such great fulfilment to be part of such initiatives."

He is often applauded for doing construction unlike his peers. He does the projects out of his own pocket to avoid grey areas surrounding use of public funds.

Siaya Governor James Orengo and his wife Betty Kaari Murungi are proud parents after their daughter walked down the aisle.
Entertainment
1 month ago

Jakaya Kikwete and wife give secret to 33-year marriage

Mrs Salma Kikwete also gave her opinion why more and more marriages are failing
Politics
1 month ago
WATCH: For the latest videos on entertainment stories