• He collapsed in his house and was rushed to Mediheal hospital parklands. 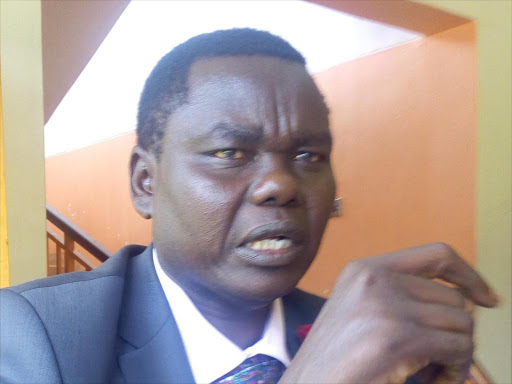 A video of the jovial late Ainabkoi MP, William Chepkut, dancing vigorously has emerged. The video shared on Twitter shows what a great dancer the late mheshimiwa was.

He breathed his last this Saturday morning, the family has confirmed.

Family sources say he collapsed in his house and was rushed to Mediheal hospital parklands where he was pronounced dead.

The dancing MP appeared to have been at a church function and was dressed in a three piece grey suit red tie and black shoes.

The most sincere and the funniest MP.

The 23 second clip on Twitter has made his fans sad but still happy to see that he enjoyed his moments when he was alive.

Check out the comments below;

@CaptainKipkorirI will personally miss Ainabkoi MP William Chepkut. The most sincere and the funniest MP.

According to Mathews Ndanyi of the Star, Chepkut  had been unwell for sometime and was admitted to hospital for long between late last year and early this year.

The former MP served the constituency between 2017 to 2022. He was elected as an independent candidate.

In 2022, his bid to defend the seat as an Independent candidate again flopped. He lost to Samwel Chepkonga of UDA party.

He was a highly humorous politician who always referred to himself as "the only soul alive".

He was a down to earth MP, highly social and frequently caused surprises when he visited his constituency using boda boda.

Chepkut served as the personal assistant of the late Nicholas Biwott, who was a powerful minister during the late President Daniel Moi's tenure, and later ventured into politics.

Bobi Wine detained in Dubai ahead of concert

The singer-cum-politcian is in Dubai ahead of a charity concert in the country to highlight the plight of Africans working in the UAE,
Entertainment
1 month ago
WATCH: For the latest videos on entertainment stories