Police responded there but found the house locked from the inside with no response.

• The bodies of the two were found in an apartment in the town where the woman lived with the soldier in his uniform.

• A resident of an apartment in Nanyuki town, alerted police that she had heard gunshots near her neighbour’s house at around 9:30 pm on Thursday, October 8. 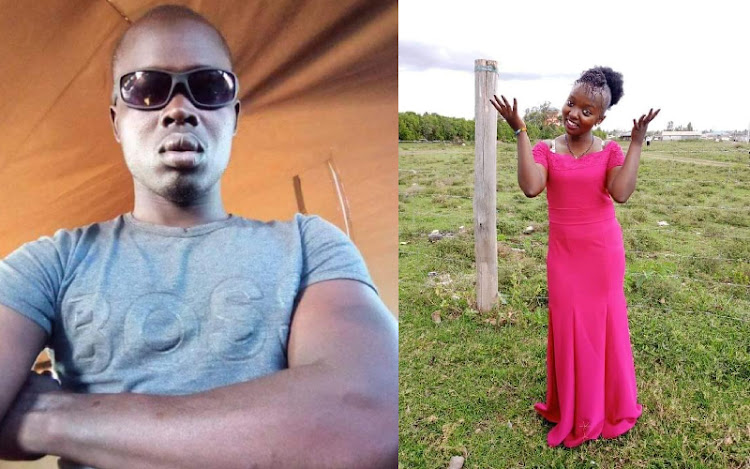 A bizarre incident occurred in Nanyuki town where a Kenya Defence Forces (KDF) member shot and killed a woman who claimed to be his girlfriend before turning the pistol on himself.

The soldier still in his uniform and the woman's body were discovered in an apartment in the town where they both resided.

Around 9:30 p.m. on Thursday, October 8, a resident of an apartment in Nanyuki town called the police to report hearing gunshots close to her neighbor's home.

When the police arrived, they discovered the residence was locked from the inside and unoccupied.

This prompted them to break down the door where they stumbled on the two lying motionless.

The woman identified as Immaculate Mwende Mwirigi was dead having been shot at close range.

Emmanuel Walugu Onyango had shot himself in the chin but was still alive and in a pool of blood.

He was rushed a local hospital where he was pronounced dead.

Witnesses said the soldier still dressed in military combat he shot himself on the chin using an AK-47 rifle. The bullet exited through the back of his head.

The witnesses said on the floor, lay a lifeless Mwende in a pool of her own blood, her body bearing several bullet wounds.

Police said the soldier was on duty before the incident, and had been granted permission to go for supper at around 6pm, during which he went to meet his girlfriend.

The motive of the incident is yet to be known. The bodies were moved to a local morgue pending probe.

A review of her social media shows that she had been dating him probably from last year, seeing that she had him at one point as her cover picture.

On his part, Emmanuel had made a post suggesting suicide way back in September of 2013, around the same time he had Osama bin Laden as his profile picture.

Details are scanty on when he joined the military. Cases of suicide in the members of disciplined service have been on the rise amid calls to address the trend.

Abel Mutua mourns fan who died after reaching out to him, recounts last moments

Abel Mutua is mourning a fan who committed Suicide after reaching out to him while distressed.
Entertainment
2 months ago

A local blog had alleged that Jacque Maribe is on suicide watch as she is depressed and prone to harming herself.
Entertainment
2 months ago