Ruto's most ardent US supporter finally meets him

Cosmas has been a big Ruto defender while in America

• He used to support Raila Odinga before he started supporting the current president. 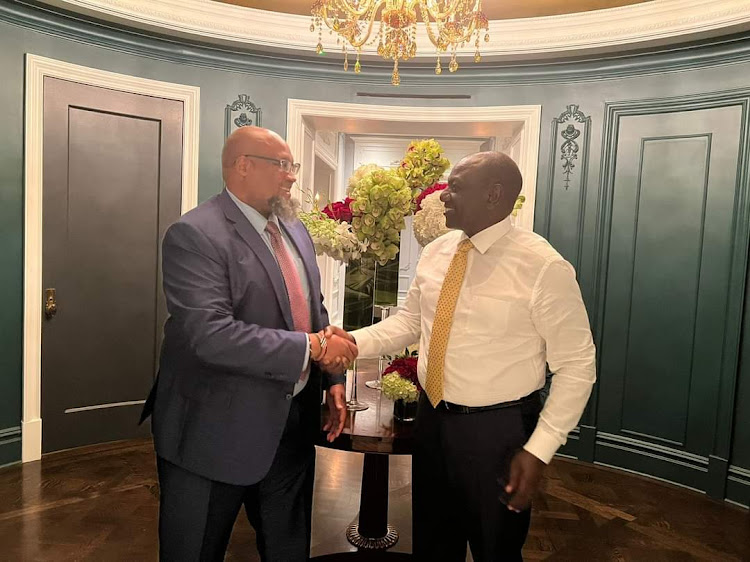 Staunch William Ruto pointman in America, Cosmas Ombori Monari aka Cosmo Choy, was finally able to congratulate his leader after he met him during the president's tour of the USA.

Cosmas shared images of the meeting between him and the Azimio leader with both men grinning from ear to ear as they shook hands.

Ruto's loyal supporter had a simple caption which read, "One on one with the 5th President Ruto." 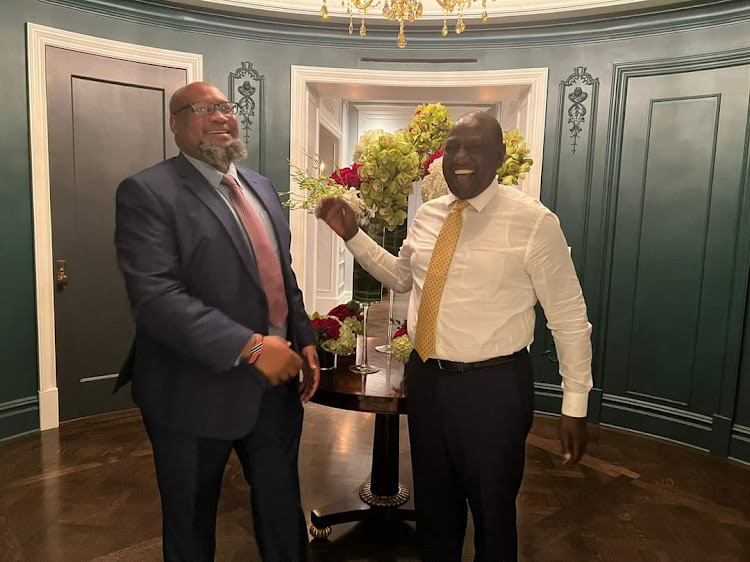 One person who commented on his post hoped that Cosmas would be appointed to the diaspora ministry.

For those who might not know, the 51-year-old Cosmas, is a political pundit from Kenya who now lives in the US.

He rose to fame as a result of some contentious films that blogger Mutembei uploaded on a well-liked Facebook group.

The majority of the clips dealt with political subjects, and he frequently went too hard for some as he insulted different politicians. 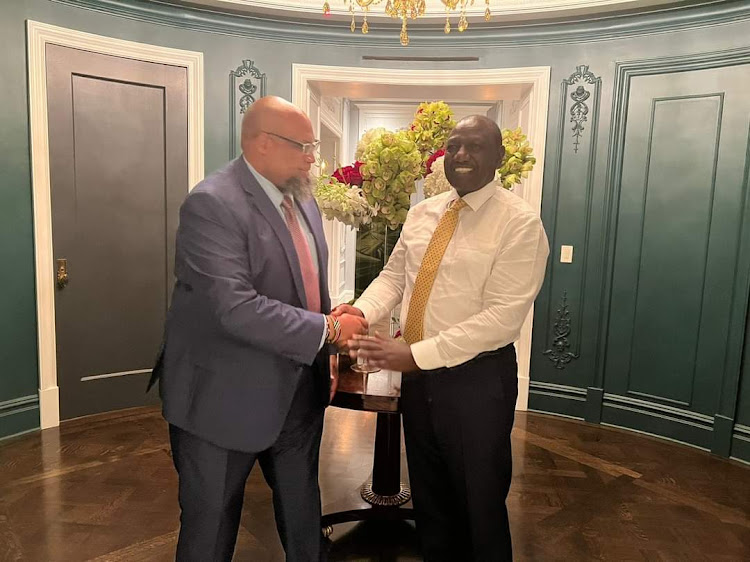 In one of the recordings that went viral and caused a public outrage, Cosmas was heard saying unpleasant things about Mama Ngina Kenyatta after she had expressed her support for Raila Odinga.

Following the backlash Cosmas defended his use of coarse language and said it was acceptable when discussing political problems.

Before shifting his support to President Ruto, Cosmas was an ardent supporter of ODM leader Raila Odinga.

He accused the Azimio leader of betraying his supporters when he entered into the handshake deal with President Uhuru Kenyatta back in 2018.

“He used to stand for the truth and fight for Kenyans but later changed and betrayed millions of supporters through the handshake. Instead of working as an opposition leader, he had one foot in government and I realized he is not trustworthy,” said Monari when he defended his political change.

The African Heads of State are part of people invited to a reception ahead of the burial of Queen Elizabeth II.
Entertainment
4 months ago