Ruto lost his youngest brother to kidney cancer in 2016.

• William Ruto was on Monday 15th, August 2022 declared the winner of the just concluded general elections.

• He was vying alongside Rigathi Gachagua. 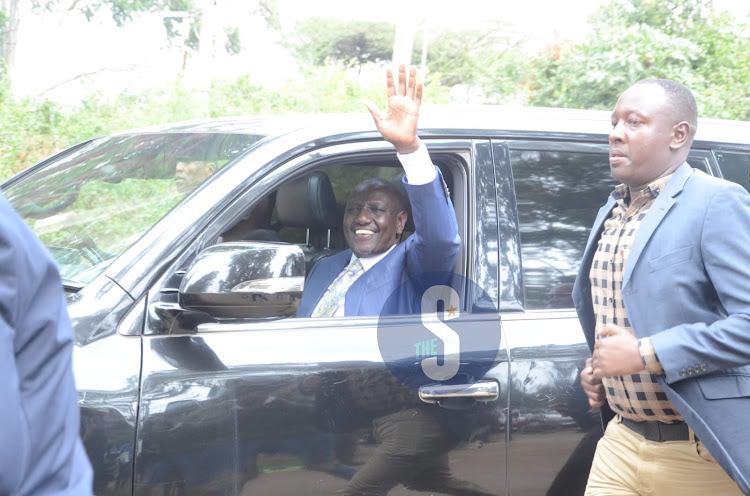 Kenyans are still celebrating after William Ruto was declared the winner of the just concluded general elections.

The announcement was made by IEBC Chairman Wafula Chebukati.

Ruto is a man loved and hated in equal measures.

Below are things you didn't know about your President-Elect or the 5th as Kenyans identify him as.

1.He was born in Sambut village, Kamagut, Uasin Gishu County

2.He is the child to Daniel Cheruiyot and Sarah Cheruiyot.  He has three brothers namely Paulo Martim,the late Harrison Ruto and Samuel Ruto.

3.Ruto served as the Deputy President since 2013.

6. Ruto is an alumnus of Kapsabet Boys High School in Nandi County

7. The hustler as he is famously known holds a BSc in Botany and Zoology from the University of Nairobi.

8. He also holds an MSc in Plant ecology.

9. Ruto holds a Ph.D. from the University of Nairobi.

10. He served as the Chairman of the University of Nairobi's choir.

13. He served as the Acting President of Kenya between 5 and 8 October 2014 while President Uhuru Kenyatta was away at the Hague.

14. Ruto is a father of 7 namely Nick, June, Charleen, Stephanie-Jepchumba, and George Ruto.

There is also Abby, a daughter he sired outside marriage.

15. Ruto has been married to his wife Racheal for the last 30 years.

16. His firstborn daughter June Ruto got married more than a year ago to a Nigerian man identified as, Dr. Alexander Ezenagu

Mama Rachel Ruto and her President-Elect husband William Ruto are the names on everyone's lips. This was after Ruto was declared the winner
Politics
1 month ago

Rachel Chebet Ruto is the wife of President-elect William Ruto and has been blessed with many kids with him.Rachel went to
Politics
1 month ago

William Ruto has thanked Kenyans for upholding peace during the entire period, saying they have jointly with the candidates raised the bar.
Politics
1 month ago
WATCH: For the latest videos on entertainment stories