• The video quickly circulated across all social media platforms and went on to garner close to 800,000 views on TitkTok, in just a week. 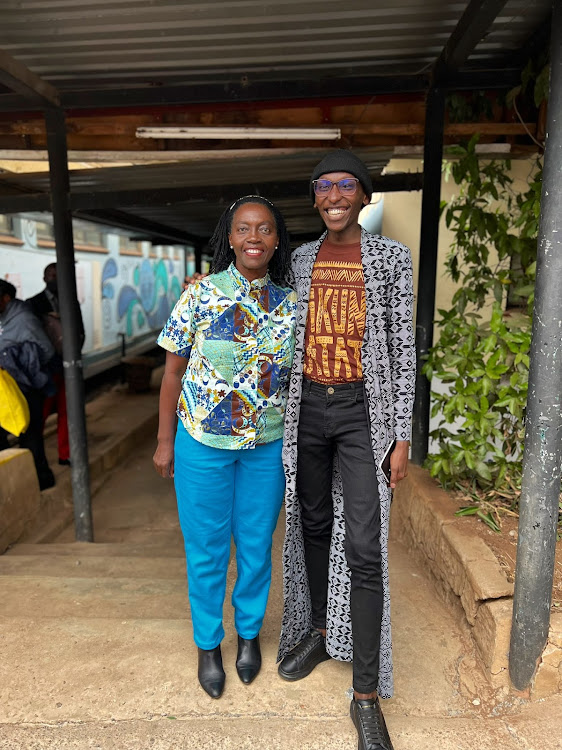 For those who have been living under a rock, Ben is the man behind the now-viral video where he is mimicking Martha Karua.

The video quickly circulated across all social media platforms and went on to garner close to 800,000 views on TitkTok, in just a week.

Ben met Martha on Friday morning during a photo session and was in the company of human rights activist, Boniface Mwangi who shared videos and photos of the latest celebrity in town.

Taking to his Twitter page, Boni said Ben's life might have changed given that prior to meeting Karua, he had rent arrears and didn't have a job.

He wrote, “As of this morning @NyokabiJoe didn’t have a job and had rent arrears. He says he did the harooo TikTok video hoping to get 10 views but to his surprise, it went viral. He didn’t get any pay but his friends thought he had “made it!” Today, his life changed thanks to @MarthaKarua.”

In another video, Ben is seen hanging out with Karua and trying to recreate the now-viral video which left the people present in stitches.

Check out Boniface Mwangi's posts below;

Based on online reactions, Kenyans were touched by Karua's deed and believe that it was Ben's time to shine.

Real hippi: I love to see it All hail the internet

Dr. Rowena: Martha has reminded me that your sun will eventually shine if you just remain consistent.

Njeri Yvonne: This is what I live for... Changed lives... It pays to step out. Go thrive young man... I pray he goes to heights unknown. Soar!

"In my dream, I saw that Raila [Odinga] became president, and then Martha Karua became vice president." - Emmanuel Jal
Exclusives
3 weeks ago

Martha Karua ditches car and campaigns on foot in Eldoret

Martha Karua walked for more than three kilometres waving to residents and urging them to vote for Azimio.
Politics
3 weeks ago