All about Kibaki's grandsons, Mwai Jnr and Sean Andrew

• Kibaki died a the age of 90 yesterday. 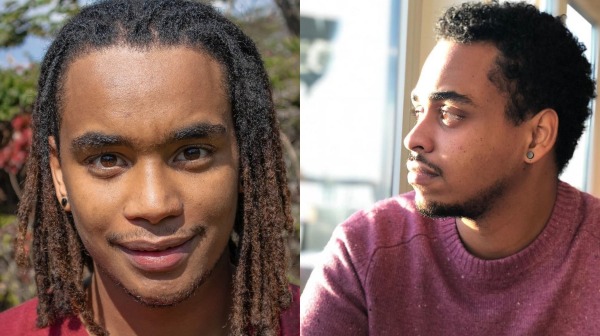 Before his death, Mwai Kibaki was lucky enough to have been called a grandfather 7 times.

Although most of his grandkids stay away from the limelight, two of them are more open sharing their lives with the public.

Jimmy Kibaki's kids, Sean and Kibaki Jnr are the two who aren't shy about sharing a glimpse of their lives with us via social media.

The two are of mixed race with their mother,  Sheryl Anne being of Asian origin. 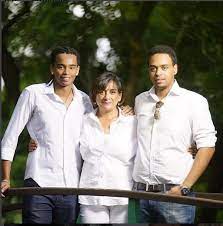 Sean Andrew (in dreads) with his brother Kibaki Jnr and their mum
Image: Facebook

Kibaki Jnr is an aspiring economist while Sean is a model, a brand influencer, and a content creator. He is also a mental wellness champion and never shies about opening up about his struggles.

Kibaki Jnr has been in a long-term relationship with a lady identified as Chanel Armstrong.

It is not clear who Sean Andrew is currently dating he was in the past with content creator, Elodie Zone.

At the time Sean alleged that Elodie was a party animal adding that she also did drugs.

Elodie on the other hand revealed the relationship was toxic. Taking to her socials to announce the breakup she said,

“I have officially decided to walk away from my relationship with Sean. Posting this is extremely hard for me and so I pray that you guys continue to support me regardless. I’ve reached a point in my life where I want to build my empire and grow as an individual.

"Though Sean played a very big role in my life, people don’t stay the same forever and the relationship became unhealthy. I simply want to go in a very different direction in life than he does,” Elodie wrote.

“Yesterday, my greatest fear was to lose you. Today I face this fear and say that I’ll just be fine without your hurt and toxicity.  Go enjoy all your drugs and friends. I’ll just be fine,” Sean wrote on his Instagram page.

Mwai Kibaki shall be accorded a state funeral.
Politics
1 month ago

“I met Kibaki a long time ago in Nanyuki, through his cousin who lived there." - Mary Wambui
Politics
1 month ago
WATCH: For the latest videos on entertainment stories