• “I am the one who sustained serious injuries, he never got even some small injuries, my head is in pain and you can see I have bandages all over,” the accused told the court. 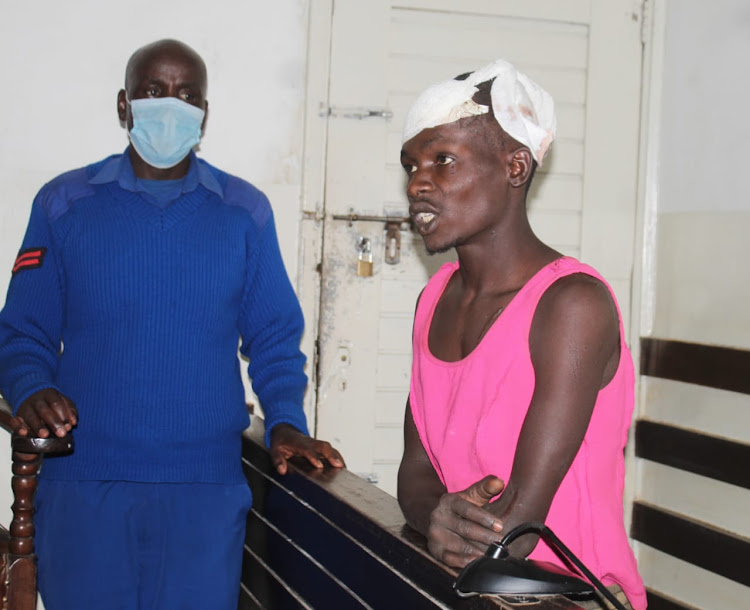 A man was yesterday charged with beating up a police officer attached to the Judiciary, uprooting his upper front tooth and injuring his lips.

According to the charge sheet, the accused person committed the offence on the night of March 19 in Lang’ata sub-county within Nairobi county.

Janet Mbugua declined the offer saying, "Indeed, active engagement in politics isn't for me at the moment."
Politics
1 month ago

According to the court documents, the officer who is attached to the Judiciary had just arrived at his home in Nyayo Highrise and decided to pick up his cousin who was taking some drinks at a nearby club.

At the club entrance, the court documents say that the complainant (the cop) found some security guards talking to the accused person who had been denied entry.

The cop then is said to have advised the guards against arguing with him and left.

The court papers say that moments later the cop remembered that he had forgotten another phone in his car and decided to go back.

It was when the accused person followed the officer and hit him on his back and caused him the injuries.

Sources revealed that the officer in the rank of constable has been stressed for some time.
Crime
1 month ago

The National Police Service yesterday released a statement, saying the incident was not kidnapping, but a disagreement between the couple.
Crime
2 months ago

The accused person also caused the cop injuries on his lips and uprooted his upper front tooth, the court documents say.

For his own defence, the cop who was armed with a Jericho pistol shot in the air to scare the accused person.

In court, the accused person said that the complainant attacked him and he never assaulted him.

He told the court that he only had one hand and there was no way he could have assaulted the officer.

“I am the one who sustained serious injuries, he never got even some small injuries, my head is in pain and you can see I have bandages all over,” he told the court.

In court, he was released on a Sh10,000 bond with the cash bail of a similar amount.

The magistrate directed that the matter be mentioned on April 4 for mention where he will be supplied by witness statesman documentary evidence.