Oscar Sudi was a Matatu tout.

• Sudi told off the critics, saying money has no relation to one's looks.

Kapseret MP Oscar Sudi is one politician whose transformation can be clearly seen in his old photos and the current one.

On of such photos is one that was taken when Sudi was a Matatu tout - plying the Eldoret-Moi University route.

Oscar Sudi as a tout VS as an MP
Image: Courtesy

He would later rise to a matatu owner and businessman before clinching the Kapseret Parliamentary seat in 2013.

A TBT photo of Oscar Sudi taken in 2013 has been making rounds on social media, wth cheeky netizens saying the money earned in parliament has transformed him. 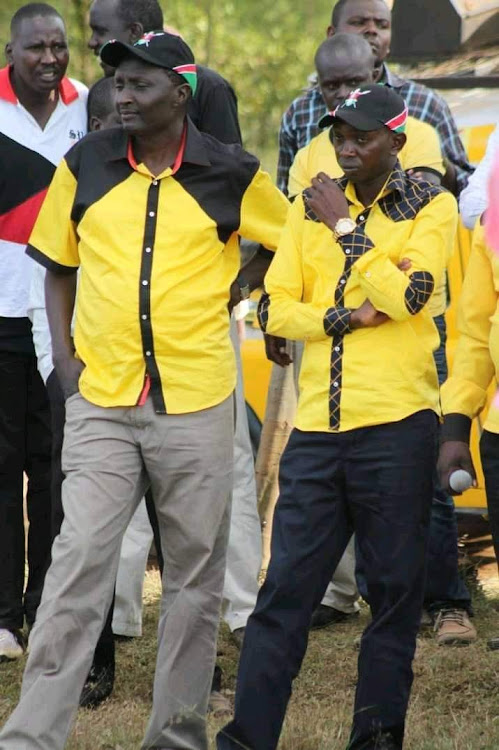 Taking to his social media, Sudi told off the critics, saying money has no relation to one's looks.

"I have seen Kenyans commenting on my #TBT image taken back in 2013. Some think that money has transformed my looks but that's not true.

In 2013 I had more money than now since President Mwai Kibaki had grown our economy so well not like at the moment where the economy is on its knees.

Sura sio pesa na pia nlikua nmechoka sana juu ya campaigns. You can compare the image on my campaign posters with this one," Oscar Sudi explained.

'I know where heaven is,' Oscar Sudi defends himself over Dubai Fountain viral video

Politician Oscar Sudi has defended the look of awe and amazement he had when he witnessed the wonder that is the Dubai Fountain.
Politics
3 months ago