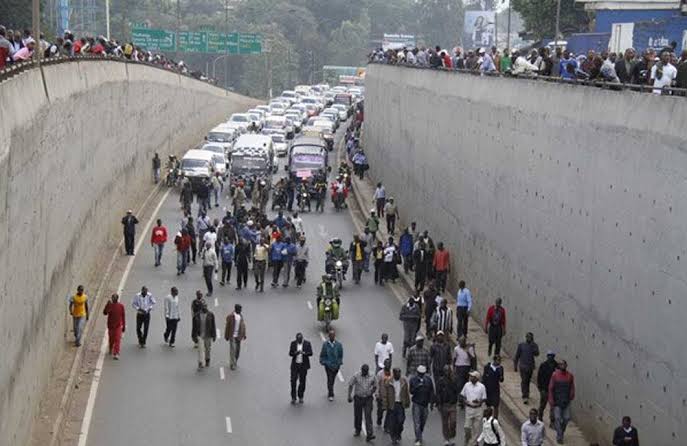 A Matatu Operators strike that was scheduled to begin today(Wednesday) has been suspended.

This is after a meeting between the Federation of Public Transport Sector (FPTS) led by their Chairman, Mr Edwin Mukabana and Deputy Inspector General, Mr. Edward Mbugua and attended by the Director General NTSA Mr. George Njau.

During the meeting, the following was agreed;

1. That the public transport strike that was scheduled to commence today 16th March 2022 is hereby suspended.

2. The ongoing multi-agency crack down on non-compliant public transport vehicles has been suspended.

3. It was further agreed that the federation of public transport will be represented in future multi-agency operations.

The stakeholders noted that the public transport sector forms an integral part in the socio-economic development of our country by easing business and the movement of people, and goods.

On Wednesday, Nairobians were expecting a no show from Matatu Operators on the road.

However, it was not the case as Matatus have been on the road as usual.

The Matatu Operators had cited unwarranted traffic checks by NTSA and police officers as the reason for their strike.

The strike was expected to begin today.
Crime
2 months ago