• The ex-MP was diagnosed with cancer in 2020, and the family has exhausted all its finances in paying medical bills. 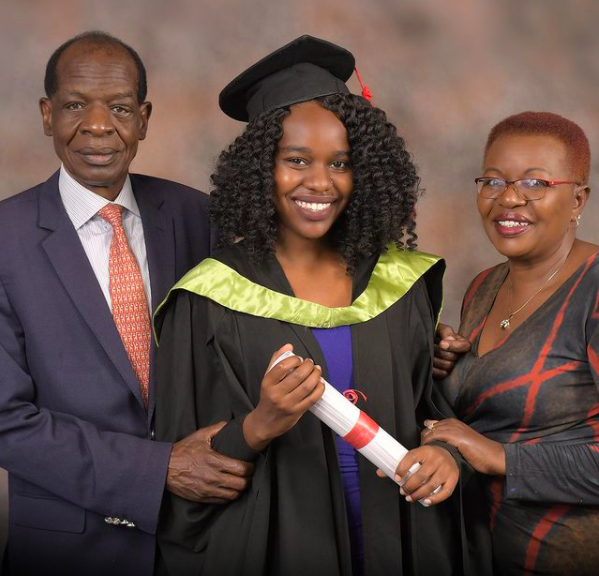 Chemoss with her father John Serut and mum
Image: Instagram

The daughter of former Mt Elgon MP John Serut has pleaded for help to pay her dad's medical bill.

According to Chemoss Serut, her father was diagnosed with cancer in 2020, and the family has exhausted all its finances in paying medical bills.

"Hey guys, so a lot of you don’t know me but I’m here requesting your help today. My father’s name is John Serut and he’s been unwell for a while now.

He was diagnosed with multiple myeloma in January of 2020. Since then, we’ve had medical bills totaling to about 20 million," John Serut's daughter wrote.

The cancer, she says, affected his multiple body organs like kidneys, bones, and liver.

Since 2020, the family has been paying high hospital bills and has since exhausted his medical cover limits.

"So far, we’ve handled this as a family but we’re now reaching out to you for help.

Our most recent bill was slightly over five million and we need the amount on top to cater for an insurance cover as we have exhausted the existing one due to bills amounting to 14 million this year alone," she wrote on social media.

Chemoss Serut has opened an M-changa account where Kenyans can contribute to her dad's medical bill.

On Thursday, she gave an update that she had received more than Ksh 100,000 in the account.

Sandra had gone to the ladies' room before 10 PM when employees at the restaurant locked the doors and went home, leaving her inside.
Lifestyle
1 month ago