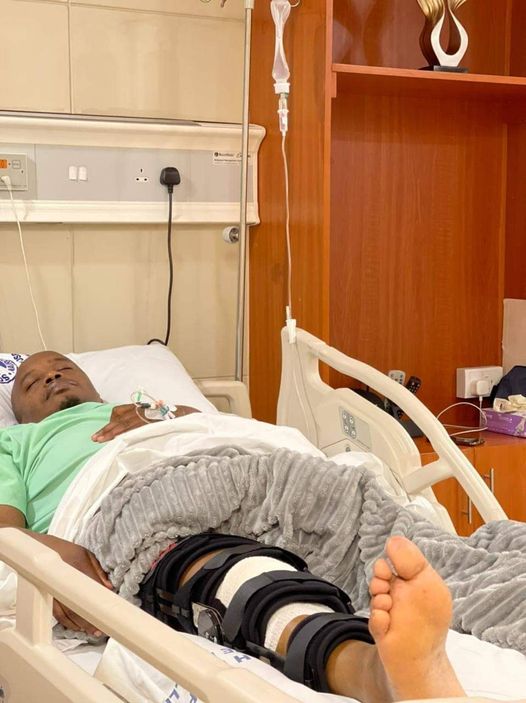 In a video shared by his friends, the Mp-cum-musician was seen being wheeled on a stretcher inside in a hospital.

According to Gabu, Jaguar is a man who is always out and about helping his constituents, and unfortunately got injured while on a social activity.

"Anytime when he is called, even if it is in the Ghettos, he walks. So it has been something that has been disturbing him. So, he had a small knee problem due to a lot of exercises we have been doing together in Karura Forest. It happened on Sunday. So he went to check it because he was feeling quite uneasy," Gabu revealed.

After the successful surgery, the Mp is said to be recuperating well.

"He will be discharged today or tomorrow. He is doing very well." 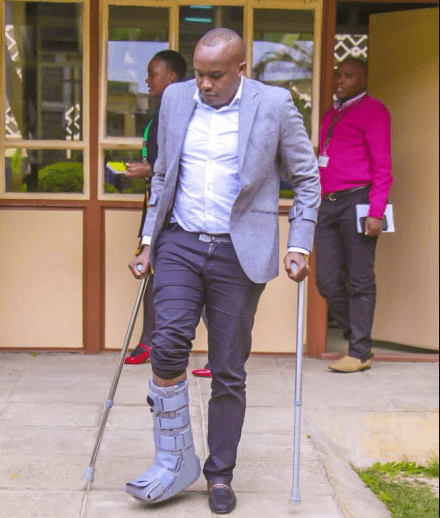 Additionally, Gabu set the record straight, saying the injury is not related to a previous one that the MP suffered during a confrontation between traders and kanjos at Muthurwa market in Nairobi.

After the clash, Jaguar was taken to Karen hospital where he was treated and discharged.