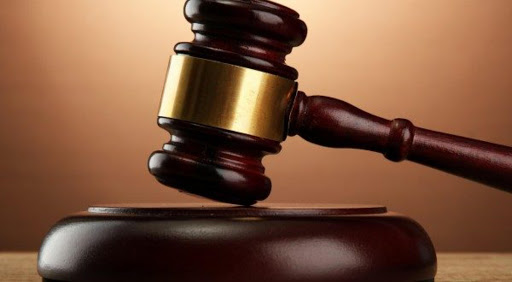 A Nairobi lawyer who was to testify in a Sh27million fraud case involving two businessmen accused of a fake gold transaction, on Thursday failed to appear in court.

The prosecution told the court that lawyer Thomas Otieno who is a witness had travelled to Kisumu.

The prosecution asked the court to adjourn the case until the witness presents himself in court during the next hearing.

Otieno is at the centre of the matter because police had mentioned him in the witness statements on claims that he was the one who received the money in his account before releasing to businessman Sammy Munyinyi.

In the case, Munyinyi is charged with obtaining money by false pretences from a German man.

Munyinyi is accused that on dates between March 28, 2018, and April 12, 2018, at Wuyi Plaza along Galana road in Kilimani, Nairobi, jointly with others not before the court, he fraudulently obtained 257,000 US dollars (Sh25.7 million) from Mertroglu Muhammet by pretending to be able to sell him 360 kilograms of gold.

He is also facing another charge jointly with Congolese businessman Eric Amisi Bin Ramazani where they have been accused of obtaining from Vladimir Borisenko USD 202,404 (21.788 million) by pretending that they were in a position to supply him with 100 kilograms of gold.

According to the prosecution documents Otieno allegedly received the said money on behalf of the accused person, Munyinyi.

Otieno has been listed among the witness because he held the funds (in dollars) in an account before releasing to Munyinyi.

Munyinyi was arrested for introducing himself to Mohammed as a shipper who owns a company called Sarume(K) Ltd.

He is alleged to have tricked the complainant that he could supply 360Kgs of gold and deliver it to Istanbul.

The complainant realised he had been conned after releasing the money for processing of the consignment, court documents state.

Senior principal magistrate Kennedy Cheruiyot released the accused on a bond of Sh2 million or a cash bail of Sh500,000 after he denied the charge.

Cheruiyot adjourned the hearing of the case until August 21.