'I was intimidated,' - Captain Ruth Karauri on her first interview at Kenya Airways

•Ruth landed a sponsorship from Kenya Airways after form 4. 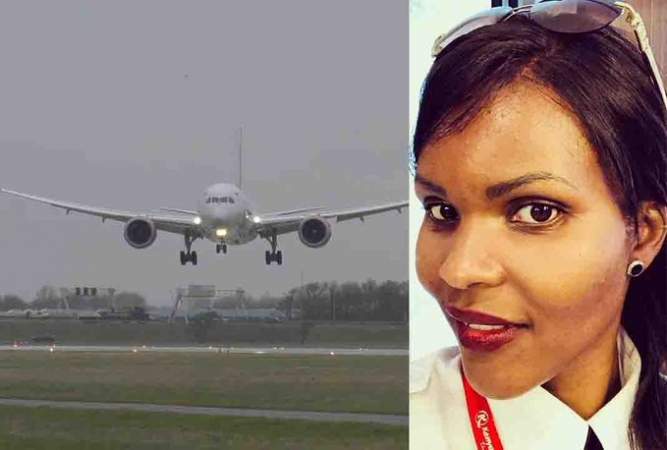 Captain Ruth Karauri has narrated how intimidated she was when she was first contacted by Kenya Airways for an interview.

The mother of three says she was even told she would never fly as she did not know how to ride a bike.

In an interview with  Standard Digital, she said, "I have always wanted to be a pilot. Going through flying school can cost about 4 million, so when I finished high school I knew I might not be able to pursue my dream.

I did not come from a well to do family. I felt the other option was going to campus, finding a job and then saving so that I could take myself through flying school."

After Captain Ruth Karauri thwarted a storm, here is how storms are named

Storm names are retired if they were so deadly or destructive that the future use of the name would be insensitive.
Lifestyle
2 months ago

Luckily for Ruth, the gods smiled at her when her dad came across an advert by Kenya Airways asking people interested in sponsorship to apply.

Ruth did and she qualified for the training.

"We were 300 applicants and I was intimidated because some people had degrees in engineering, aviation maintenance etc.

I was just a form four leaver. I did not think I stood a chance.

When I went back home I told my dad to forget about the entire thing and even told him I was ready to join campus."

A few weeks later Ruth was called for her first interview, then the second and the third. She finally got a chance to go to Ethiopia alongside 14 other finalists.

"I got a call a month later and I was told I made it to the first interview. I made it for several more interviews. One day I was in bed when someone called and asked If I had a passport, which I obviously didn't have, she told me to get one ASAP.

3 weeks later I was on a plane going to Addis Ababa for my training."

Ruth is today a celebrated captain.

She recently won world wide recognition after landing a plane amidst storm Eunice.

• A video of a KQ flight struggling to land with Captain Ruth behind the cockpit has been making rounds on social media.
Lifestyle
2 months ago
WATCH: For the latest videos on lifestyle stories