Several planes struggled to land in the London-based airport.

• A video of a KQ flight struggling to land with Captain Ruth behind the cockpit has been making rounds on social media. 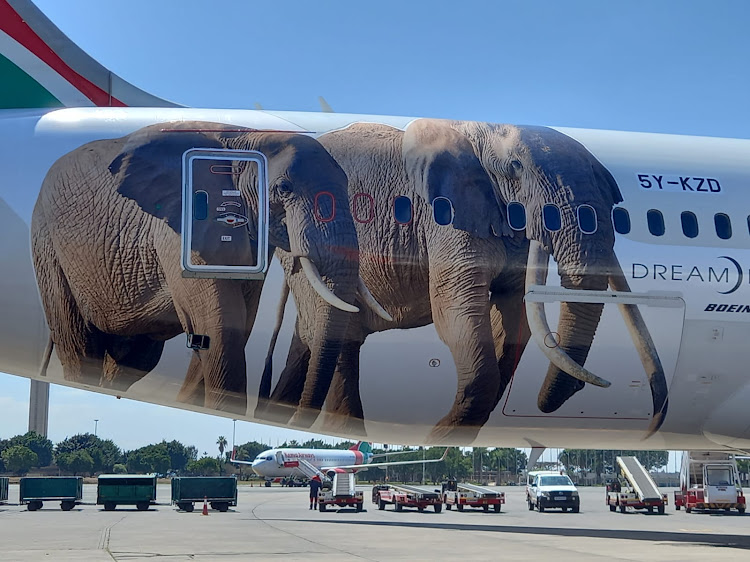 KQ pilot Captain Ruth Karauri has received praises after successfully landing a plane at Heathrow Airport amid a storm.

On Friday, several planes struggled to land in the London-based airport.

Millions of people in the U.K. were urged to cancel travel plans and stay indoors on that day as the second major storm this week prompted warnings of high winds and flying debris across northern Europe.

A video of a KQ flight struggling to land with Captain Ruth behind the cockpit has been making rounds on social media.

Speaking after the landing, Ruth revealed the conditions she encountered and how she was able to manoeuvre.

"This is captain Ruth Karauri of the now famous KQ 100 that landed at Heathrow yesterday on February 18. With me is my first officer of the day, Ayub. We had the pleasure of encountering Storm Eunice at London yesterday, we were landing on the west. Flight conditions at the time were strong gusting  winds and it was quite a bump ride.

However, the training we had at Kenya Airways...particularly the simulator prepared us for such a scenario. We used all our training expertise, previous skills and we handed the landing expertly," Ruth said.

Here is a video of planes struggling to land at Heathrow amid the Storm Eunice.