Men give opinions on conducting DNA tests on newborn babies

• DNA tests are becoming more common in Kenya, especially among men who do not trust their wives or Baby mamas. 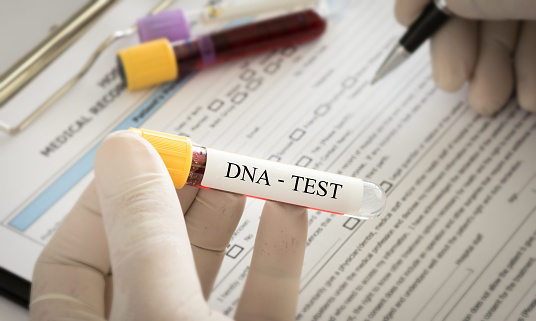 DNA tests have been a bone of contention among a number of couples who are unsure about the paternity of their children.

Even though men would want to take the tests to ascertain the paternity of their babies, a  number of women have appeared to be uncomfortable with it.

DNA tests are becoming more common in Kenya, especially among men who do not trust their wives or Baby mamas.

Mpasho conducted a vox pop asking men whether DNA tests is mandatory whenever there is doubts about a child's paternity.

Here are some of their responses.

Brian Okoth - "If you have been having issues on infidelity, it is important to have it. But doing it on every child is very costly."

Wilfred Oseko - "It shouldn't be mandatory, but it should be cheap and affordable so that when someone wants to do it, it becomes easy. It can be free."

John Opiyo - "It is a decision of the couples to do so. If you feel like it is necessary, then go ahead and do it."

Dan Mwenda - "I do not have a child yet, but if i will ever be in doubt about the paternity of my child, i will do a DNA test. It is important that I know the truth, i will make a decision thereafter."

He termed it as a 'stupid question' because many people know what happened to the group.
Entertainment
7 months ago